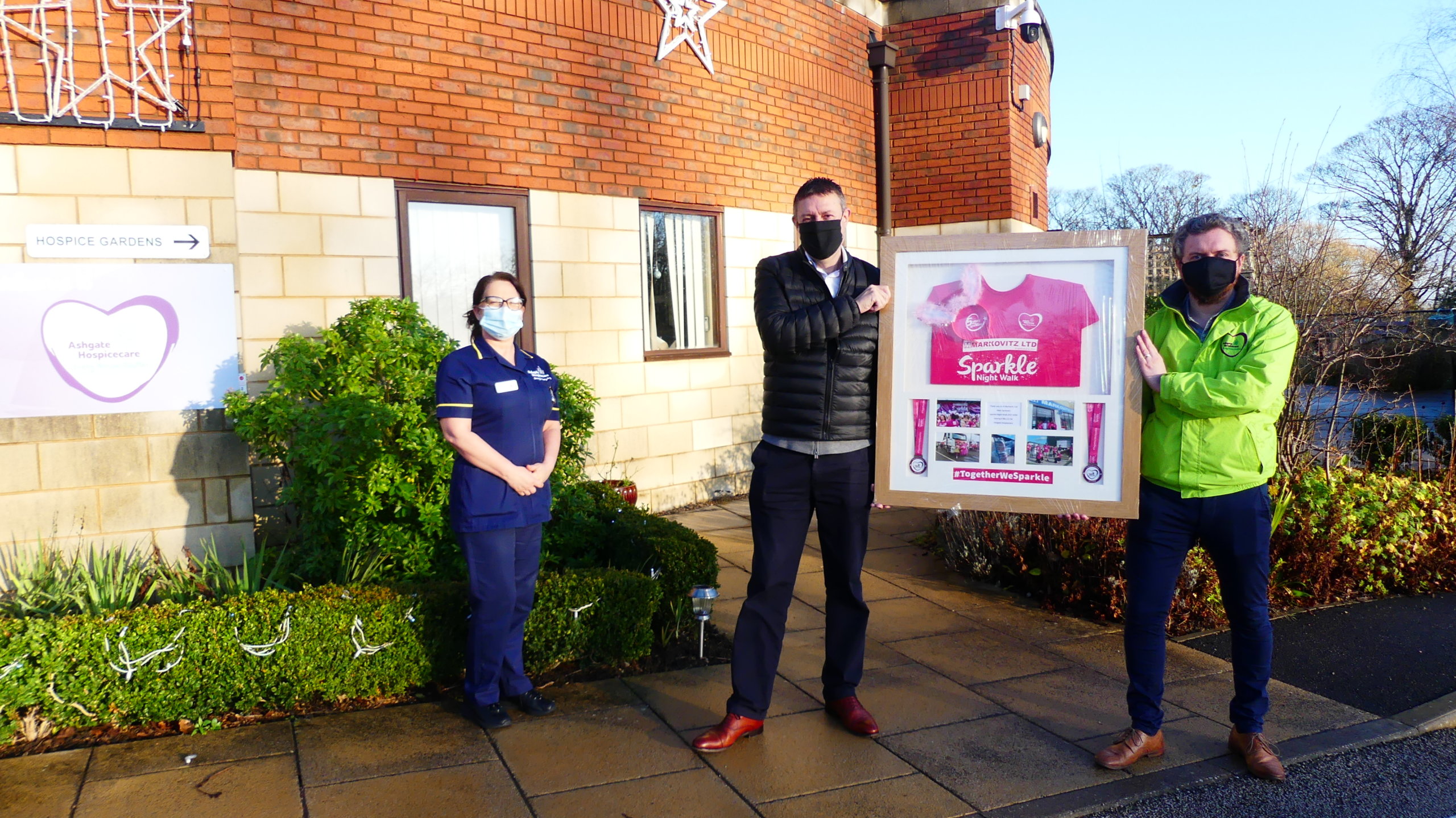 A charity partnership between Ashgate Hospicecare and Markovitz, the builders’ and plumbers’ merchants, has helped to raise £780,000.

The partnership was formed in 2017, when Markovitz became the headline sponsor of the charity’s annual Sparkle Night Walk, before becoming the sponsor for four consecutive years.

Due to COVID-19 restrictions, this year’s Sparkle Night Walk took place virtually in September, with people of all ages encouraged to run, walk, cycle or dance for Ashgate Hospicecare.

Whether it was walking the streets of Chesterfield in flashing bunny ears, or joining a socially distanced conga, more than 2,350 people took part in the event and raised more than £97,000.

Carl Jones, Fundraising Manager at Ashgate Hospicecare, said: “We are so grateful to our amazing Sparklers for turning out in force to raise such an incredible amount for hospice care in North Derbyshire.

“Even though we were all physically apart this year, it felt like we were more together than ever. The community came together to raise much needed funds and awareness for Ashgate Hospicecare and those living with a life limiting illness.

“Of course, none of this would have been possible without the kindness and generosity of Markovitz. It has been a real pleasure to work with them and they have made a real difference to thousands of families across the region.

“While we hope to return to our usual event in 2021, the success of the virtual offering means we’ll now be making this a permanent option for anyone unable to attend on the night. We hope this will enable more families to come together and be involved in the Sparkle magic.

“Plans are already underway for 2021 and we can’t wait to welcome you all back.”

Markovitz has, and continues to, support the hospice in many ways over the years, including setting up the fundraising initiative #ChallengeDerbyshire which raises money through various events for Ashgate Hospicecare, Helen’s Trust and Blythe House Hospicecare.

David Hopkins, CEO of Markovitz, said: “We’re immensely proud to have been the main event sponsors for the past four years.

“We have supported the hospice for many years in whatever way we can because we see the wonderful work they do in supporting our friends, our families, our neighbours and our colleagues in the most difficult of times.

To sign up for next year’s Sparkle Night Walk, go to www.sparklenightwalk.org.uk