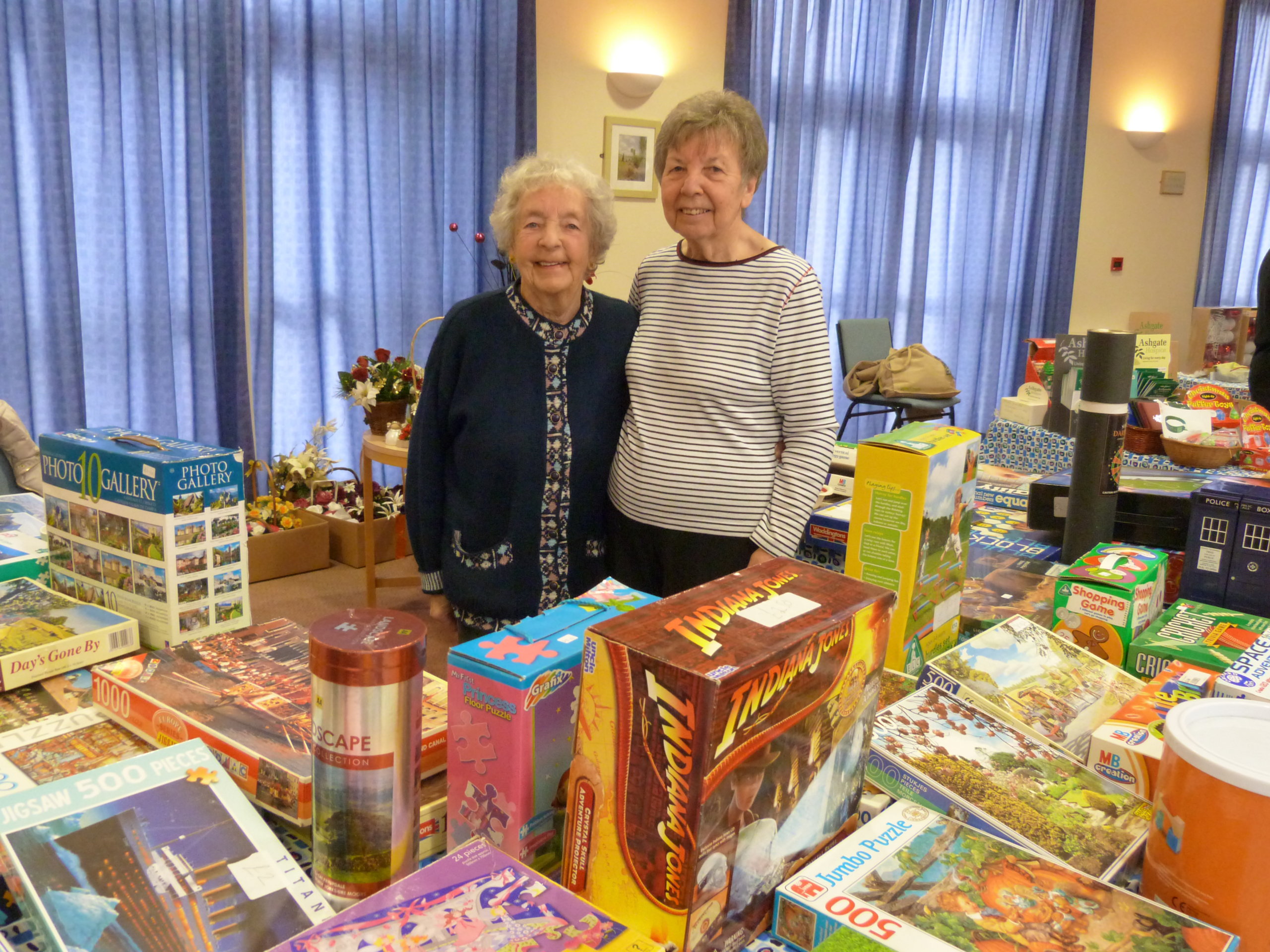 Kind-hearted tributes have been paid to one of Ashgate Hospicecare’s first volunteers who ‘dedicated her life’ and 32 years to the charity.

Margery Preece, from New Whittington, died at the age of 93 on 2nd February 2021 after contracting Covid whilst in hospital.

She was involved with the charity as a fundraising volunteer since it was founded in 1988, when she attended the early planning meetings and even persuaded the hospice to open a shop in Chesterfield.

According to cousin, Pauline Malia, who volunteered with sisters Joan and Gillian at the Summer Fayre tombola stall she used to run at the hospice, Margery was a ‘community person’ who was ‘kind and caring’ to everyone she met.

Pauline said: “She was very close to us; she knew us since we were babies and has always been there for me and my sisters.

“Margery was always very chatty and a community person, she had a fantastic memory, even in her 90s – she never lost that.

“She loved people and was loved by everyone. We will all miss her dearly.”

Margery volunteered at the charity’s Christmas Markets and sold Hospice Christmas Cards at her church to help raise funds.

She helped at the events with close friend Shirley Newton, a volunteer for 15 years, who said she was “always talking about the hospice”.

“Margery was involved with Ashgate from the very start,” said Shirley. “She was always talking about the hospice, everything she did revolved around it. If she ever won a prize in a raffle she’d always donate it to the hospice.

“It doesn’t matter where you went somebody knew Margery. She will be missed greatly.”

Margery was married to John who tragically died from cancer just before the Old Brampton hospice opened.

Before volunteering at the hospice, she worked at Derbyshire Carriage and Wagon Works in New Whittingham, Sheepbridge Equipment Ltd and then at Whittington Hall Hospital, which supported people with disabilities.

Her funeral will take place at Whittington Moor Methodist Church with spaces limited to 30 people, but it is hoped a memorial service will be organised when the lockdown restrictions ease.

The family have asked anyone wishing to make donations in her memory to direct them to Ashgate Hospicecare.