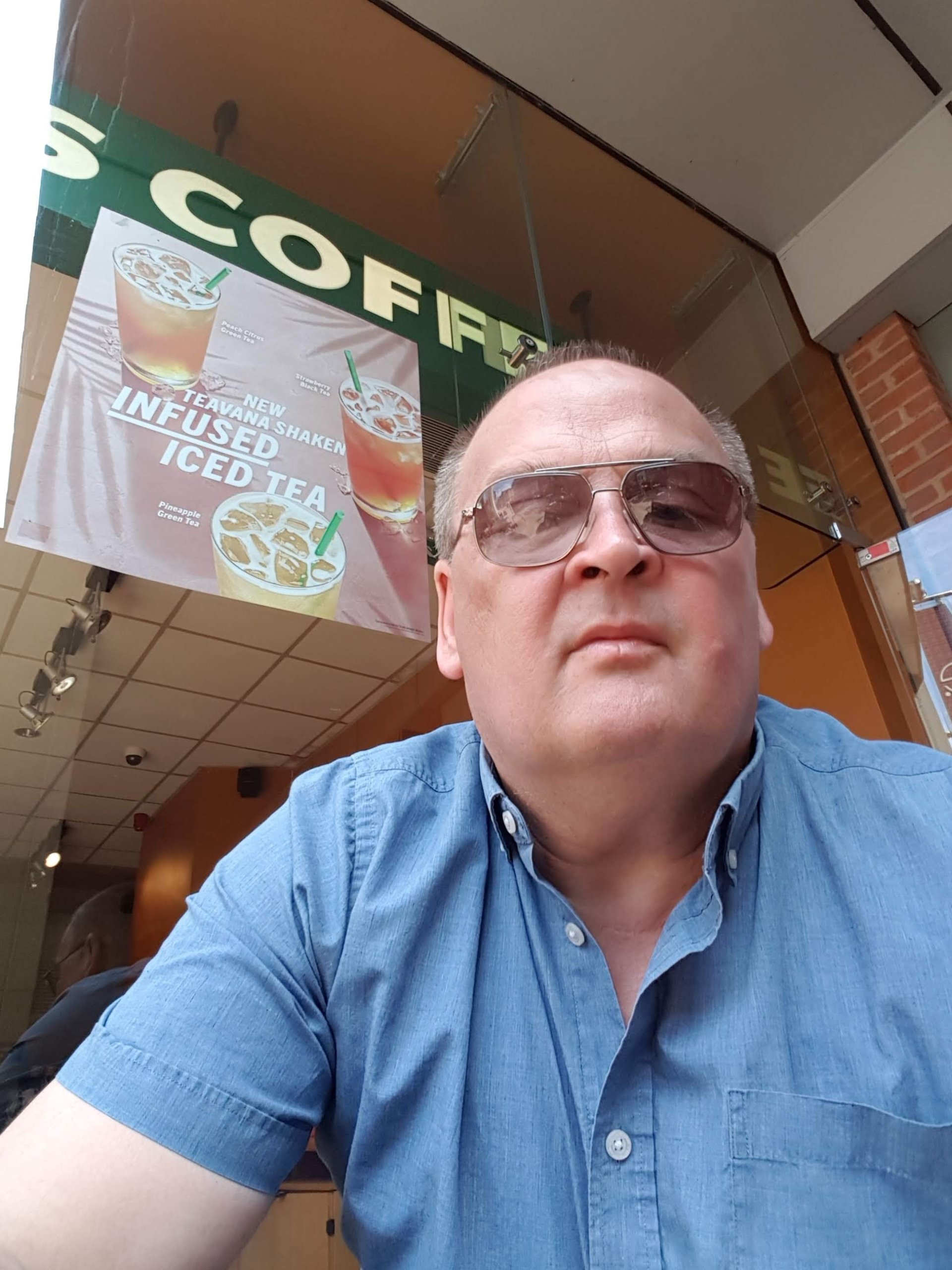 Richard was encouraged to attend Ashgate Hospice’s Day Services after becoming somewhat of a recluse, but he was apprehensive about taking part at first.

Booked to start the Living Well 12-week programme in March last year, his plans were halted when the UK was plunged into its first national lockdown.

Since then, Richard, who has stage three lung cancer and severe chronic obstructive pulmonary disease (COPD), has been shielding to protect himself from catching the deadly virus, but it’s meant he’s been unable to receive in-person support at the Old Brampton site.

That is until Ashgate launched its new virtual Day Services for patients who would usually attend in person each week, so they could continue to access the hospice’s range of services from specialist medical support to complimentary therapies.

The online sessions take place between patients and healthcare specialists over the phone and on video calls.

Richard, who worked as a senior manager of a finance company before his diagnosis in January 2017, had been experiencing feelings of loneliness and isolation while shielding from the virus, but Ashgate’s support has helped and given him a sense of purpose.

The 54-year-old, from Killamarsh, said: “The virtual Day Services have given me something to look forward to every week – I’m planning my week around them now rather than sitting there and just watching Judge Judy on the television!

“It might only be an hour a time but that ends up taking a good few hours out of your day, because you have the hour getting ready, the hour taking part and the hour after to reflect on it. It breaks up my day and just gives me something to do.

“I’ve enjoyed attending the coffee and quiz and there’s lots of talks that you’re invited to as well; there’s always specialist healthcare staff available if you have any questions as well. I know where to go now if I need advice on anything.”

Richard’s life has changed massively over the past five years.

He took redundancy in May 2016 and was planning to take six months off when his brother suffered a cardiac arrest, leaving him in a coma for several weeks.

During this time, Richard himself was diagnosed with lung cancer and he ended up being in hospital at the same time as his brother.

He says that recently his life had started to become increasingly reclusive, which is why an Occupational Therapist referred him to Ashgate’s Day Services.

Initially he had reservations about attending the hospice, but admits the experience has been “completely different” to what he expected.

“My life has changed massively since my diagnosis, it’s been incredibly complicated,” Richard added.

“My consultant referred me to see an occupational therapist, who didn’t think I was getting out enough so recommend I attended the hospice – I wasn’t socialising and was starting to become a bit of a recluse.

“It was around February or March time last year; I was set to start at Ashgate the following week but we went into lockdown.

“I was concerned at first. I’m not close to dying so I was wondering why I had been referred to a hospice, but it’s completely different to what I was expecting.

“There are so many different aspects that can help you, whether it’s symptom control or just having kind people to have a chat with.

“Just because you hear the word hospice, don’t presume that you’re just going somewhere to die, that’s not the case at all.

“Ashgate is there to help you and there has been plenty of stuff that’s been really interesting that I didn’t know about before. I’d recommend the services to anybody who was considering attending.”

The virtual Day Services initiative was made possible thanks to a £78,606 grant from the Coronavirus Community Support Fund in partnership with the National Lottery Community Fund.