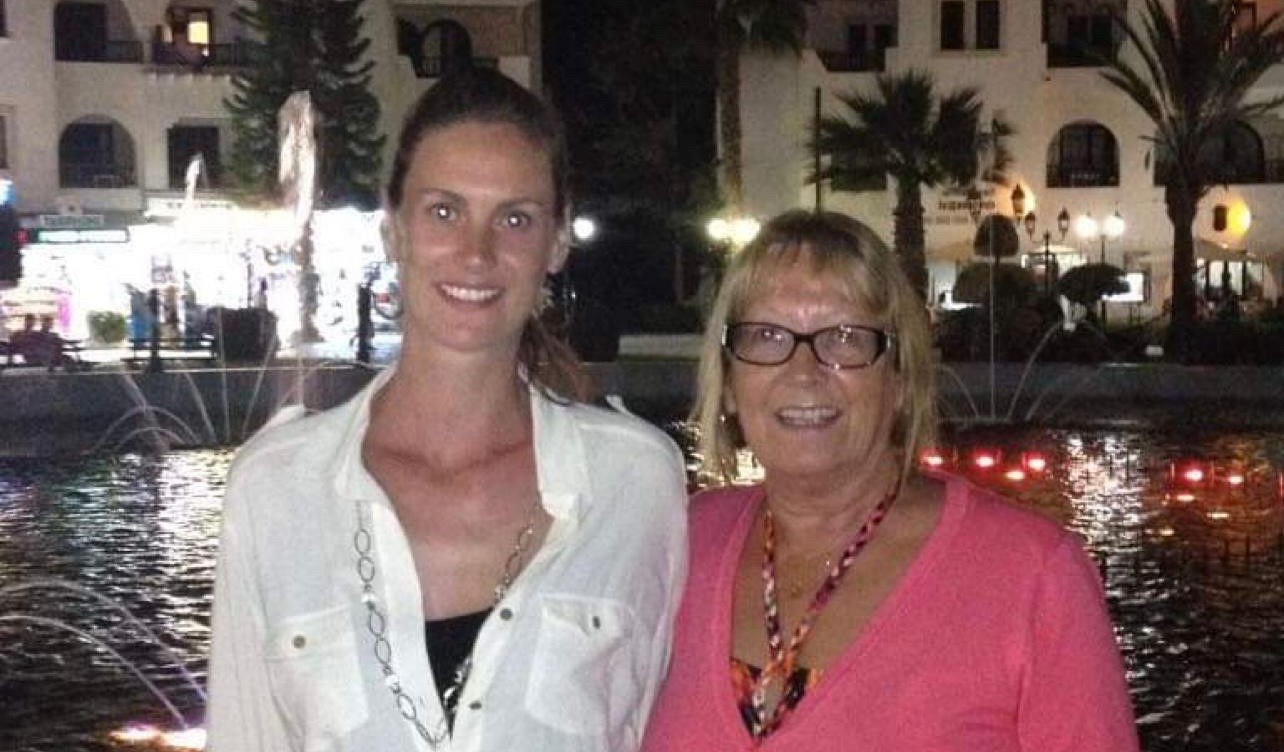 A daughter has told of her Mother’s Day heartbreak after being unable to celebrate with her mum last year, in what would turn out to be the final one for the pair.

Vanessa Pearce, 40, from Derby, still has the unopened Mother’s Day card and enclosed letter she’d written for her mum last year; the lockdown meant that she was never able to give them to her.

Sadly, Jean, who had terminal lung cancer, died in August after the disease had spread to her brain and lymph nodes.

But Vanessa has nothing but praise to give for staff at Ashgate Hospice, in Chesterfield, saying she is grateful that she was able to make special memories with her mum while she was in their care during the last week of her life.

“I’ll never forget the special memories me and my mum Jean made during her last few days at Ashgate,” said Vanessa. “It was the little things that meant the most; we’d just sit there and talk to one another about anything and everything.

“I remember she hadn’t been able to read because her eyesight had got bad with her illness, so I sat next to her and read from her Sarah Millican autobiography. She would just lay there and drift off to sleep.

“It was such a hard time, but I was able to spend every moment with mum while the staff on the inpatient unit focused on looking after her. They made her so comfortable and put her at ease from the moment she arrived.

“Ashgate was such a wonderful place for her to be in. She spent a week at the hospice and was able to laugh and joke with the staff in the early days – from the housekeepers to the doctors and Health Care Assistants, everyone was so lovely to us.

“Even when she was sleeping, they’d pop their heads in to check she was okay and if she needed anything. The care she received couldn’t have been better, there was nothing you could have improved.”

Before receiving end-of-life care on Ashgate’s inpatient unit, she regularly attended the Day Hospice where she could socialise and speak to health professionals about her condition.Jean was just 62 when she died after being diagnosed with stage four terminal lung cancer in 2018.

Vanessa added: “At the Day Hospice she’d make all sorts of things in the craft sessions and enjoyed having a little tipple; flavoured vodka was her drink!

“She’d start a conversation with anybody and make friends wherever she was. She was always so happy and there was never a sad moment when she was around.”

Vanessa won’t get to spend another Mother’s Day with her mum, who she describes as her “best friend”, but she’s grateful of the memories they made over the years – particularly the special time they spent together at Ashgate in her final few days.

She continued: “Mum won’t be here this Mother’s Day, but I’m so glad and grateful we got to make those lasting memories at Ashgate in her final days; I’ll always remember them.

“I’m looking forward to this lockdown being over so that on the one-year anniversary of her death, I can fulfil her wishes of scattering her ashes in Cirencester, where she used to live and work – that was her happy place.

“I mentioned to her that I was going to use a little bit of her to create a memorial ring, so she’d always be with me, but she wasn’t too sure about it. I told her: “I’ll be able to take you on holiday with me!” When I said that she was more than happy with the idea!”