Volunteering at Ashgate made me so much more confident 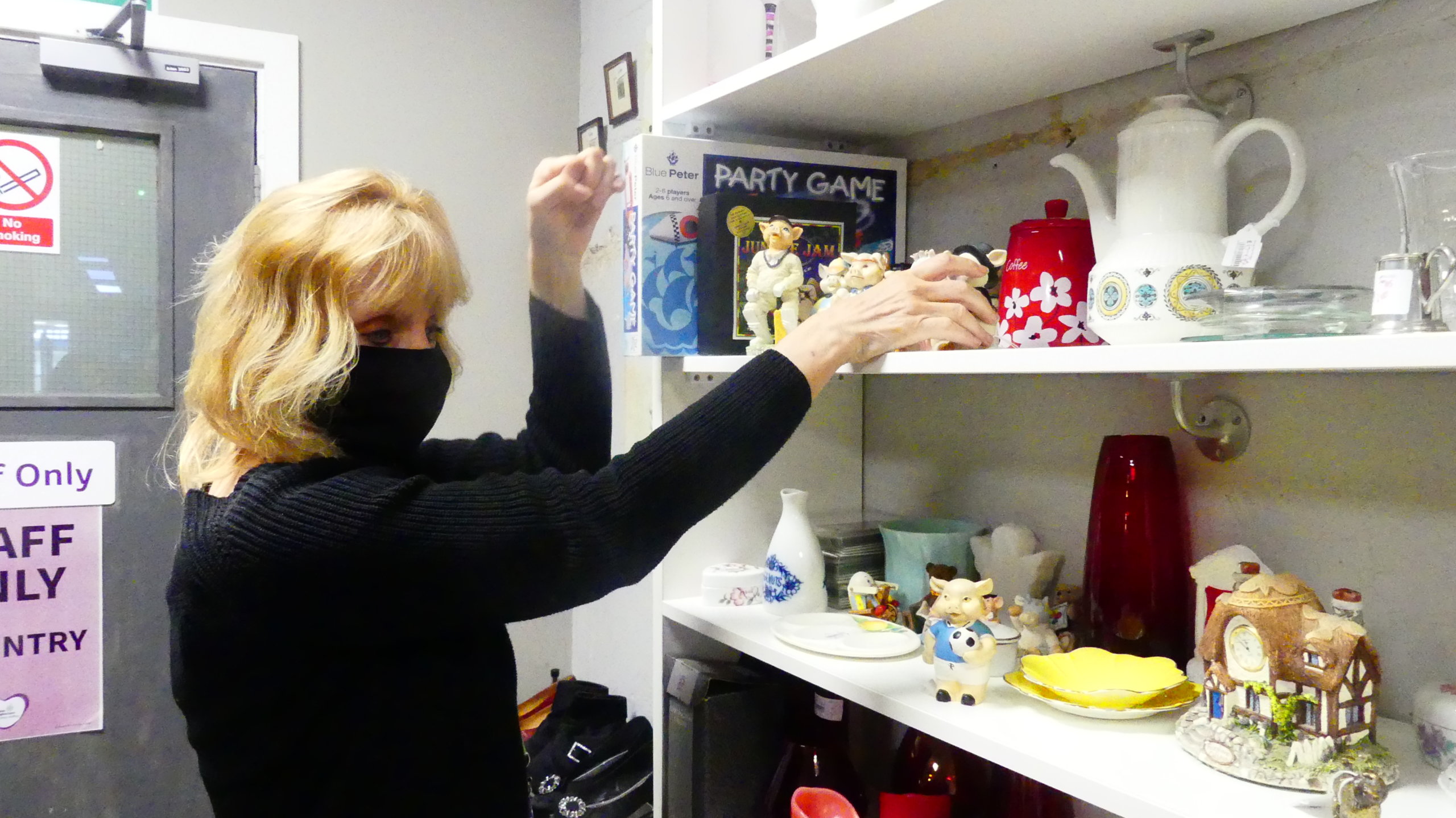 Stella Lock visited Ashgate Hospice’s shop in Alfreton as a customer three years ago and walked out as a volunteer – she says she hasn’t looked back since.

Having spent a long time in the nursing and care profession, she wanted to use the communications skills she’d learned in her 36-year career by serving, greeting and speaking to the supporters who help fund Ashgate’s vital care, many of whom have experienced the care themselves.

Stella is proud to represent the charity when she’s helping in the shop and says volunteering for the charity has “changed her life”.

She is urging others across North Derbyshire to head into their local Ashgate shop and speak to the manager about volunteering, insisting “just do it – you won’t regret it!”

Stella, who is sharing her story for Volunteers Week, which takes place between June 1 and 7, said: “I was entering retirement and having spent most of my career in the nursing and caring profession, I didn’t want to lose touch in communicating with people.

“One day I came in looking for some clothes and the shop drew me in, I met the manager Tracie, and before I knew it, I’d signed up and started a few weeks later.

“Volunteering here really has changed my life in so many ways. I became more withdrawn following my retirement but being a volunteer has made me much more confident as a person.

“I enjoy doing it and it’s really helped me grow as a person. I’d recommend it to everyone who has a spare few hours to do it!”

Stella’s role as a Volunteer Retail Assistant sees her taking on a range of tasks, including sorting through donations and helping make the displays look appealing to customers.

When she first started, operating the till was something she was nervous about, but she was able to learn with the support of her colleagues.

Not only has it given Stella the opportunity to master new skills but volunteering at Ashgate has been a fantastic way to socialise with different people. 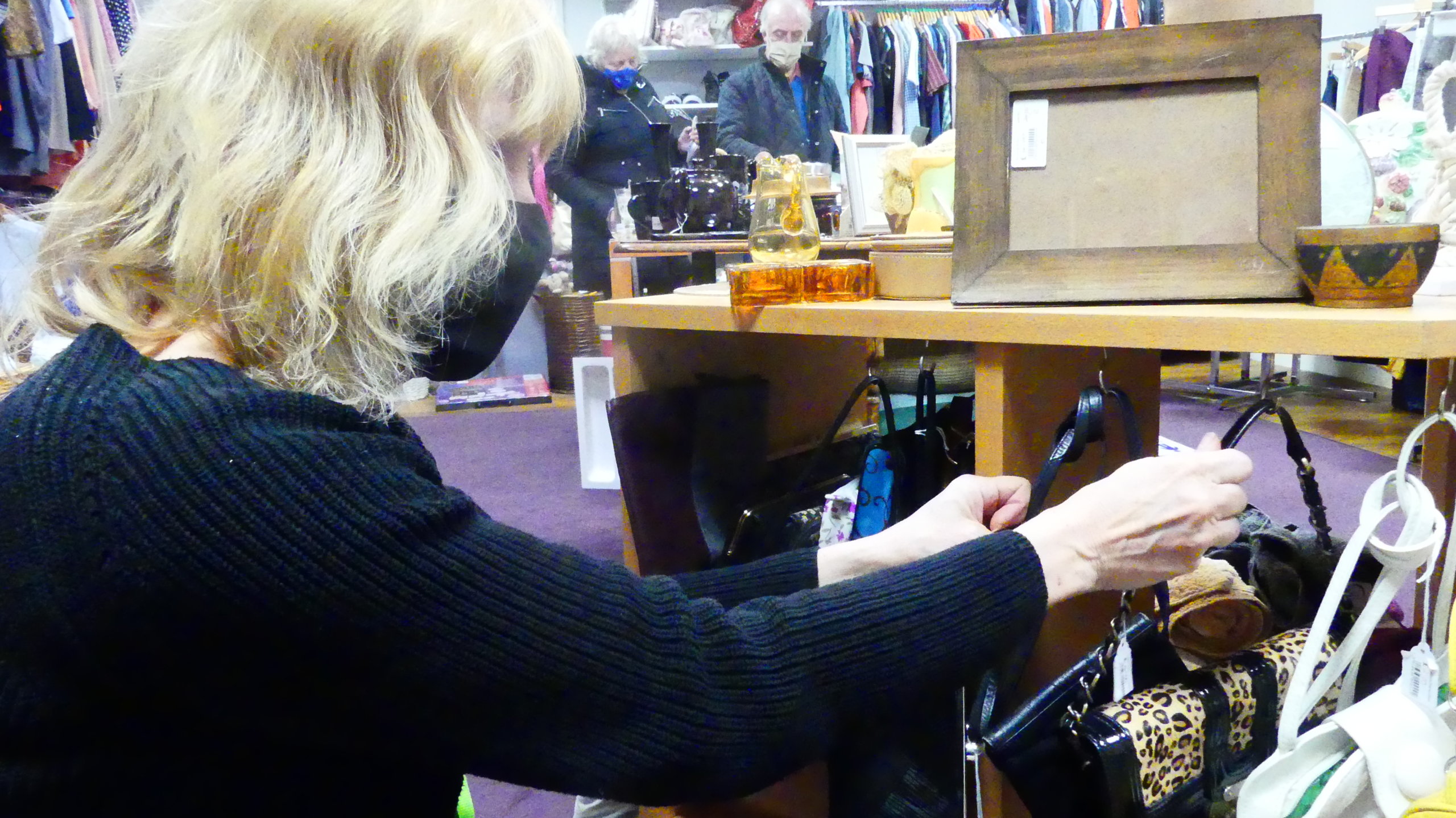 She added: “I feel very proud to be part of the Ashgate Hospice team and I’m very proud to tell people I volunteer for the hospice too.

“I’ve found that a lot of people who come into the shop are quite lonely. I enjoy talking to them and they really benefit from that conversation. It’s more than just being a volunteer; it’s about bringing a smile to people’s faces.

“I would thoroughly recommend volunteering, particularly as Ashgate makes the time for you. Everyone is going to have anxieties at first, but Ashgate takes you’re their time with you and will help you find your strengths.

“It’s been a fantastic opportunity and I’ve learnt so much since I started – long may it continue!”

Volunteers Week 2021 is taking place between 1st-7th June. From supporting patients on the Inpatient Unit to helping fund the care in the charity’s shops – there are plenty of different volunteering opportunities at Ashgate to choose from.

Anyone who is interested in joining the Ashgate Hospice team as a volunteer can find out more here. Alternatively, email volunteering@ashgatehospice.org.uk or call 01246 568801.