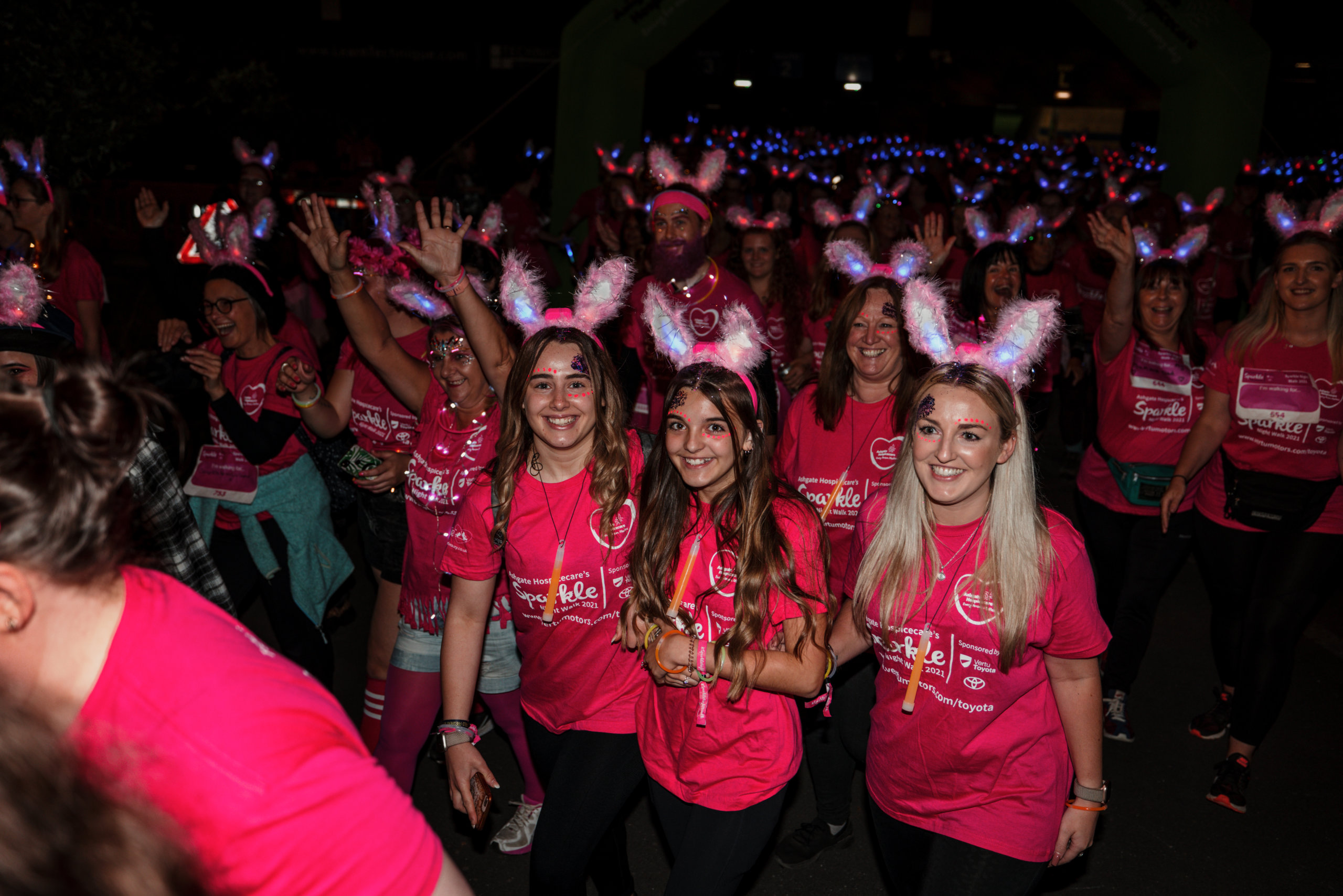 Hundreds of people lit up the streets of Chesterfield for Ashgate Hospicecare over the weekend.

Wearing flashing bunny ears and lights, around 1,600 people stepped out for the return of the charity’s Sparkle Night Walk on Saturday 25th September, sponsored by Vertu Toyota.

The 10k walk is expected to raise £150,000 to help fund the end of life care and support the charity delivers across North Derbyshire.

The event began and finished at Chesterfield’s Technique Stadium, with walkers setting off at 10pm.

They were entertained by the event’s media partner, Peak Radio, who was there to set the walkers off and greet them upon their return.

Amongst those taking part was 46-year-old Paula McPherson, from Woodthorpe in Chesterfield, who walked in memory of her mum.

Paula said: “I took part in the Sparkle Night Walk with a group of my friends. We all had our own reasons for walking but mine was in memory of my lovely mum who died from ovarian cancer.

“We all absolutely loved the event; the atmosphere is wonderful, and it is very well organised. It is the second time I have taken part and I can’t wait to take on the challenge again next year.”

Another person who took part was 60-year-old Jane Abrams, from North Wingfield, who walked alongside her friends and family. Jane walked in memory of her mum and to thank Ashgate for the ‘incredible’ care she received.

Jane said: “My whole family are so grateful for care that Mum received and for the support given to us.

“Taking part in Sparkle is just a small way for us to say thank you to Ashgate for all that they have done and continue to do. It is also our opportunity to remember those who are no longer here and let them know that we love them, and they will never be forgotten.

“The event was incredibly emotional, and it was a real privilege to be part of it.”

The event saw people head down the A61 bypass, past the iconic Crooked Spire and through the streets of Chesterfield.

Carl Jones, Fundraising Manager at Ashgate Hospicecare, said: “I would like to thank every person who turned out to take on our Sparkle Night Walk, as well as the people behind the scenes, including an army of incredible volunteers across the entire route and our generous sponsors for covering so many of our costs.

“It was incredible to see people back together again after last year’s Sparkle was a virtual-only event.

“We know that many people taking part are doing so in memory of their loved ones, many of whom were supported by Ashgate. That shared experience adds to the sense of community and creates a wonderful atmosphere, where people support one another.

“Plans are already underway for next year which we hope will be even bigger and better than this year!”

Registration for next year’s event has opened, with the walk set to take place on Saturday 9th July. Sign up for the early bird price of £7 here: www.sparklenightwalk.org.uk 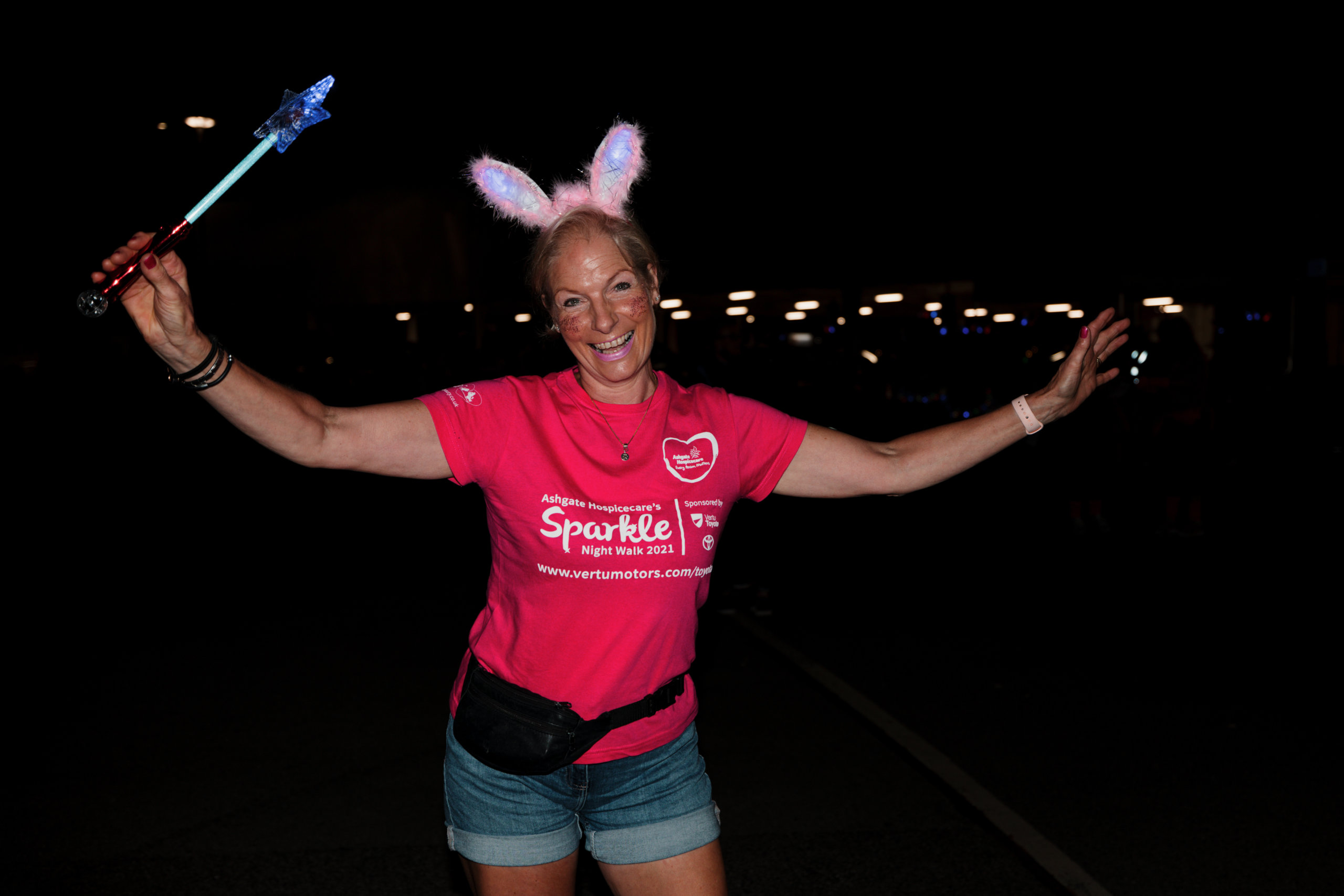 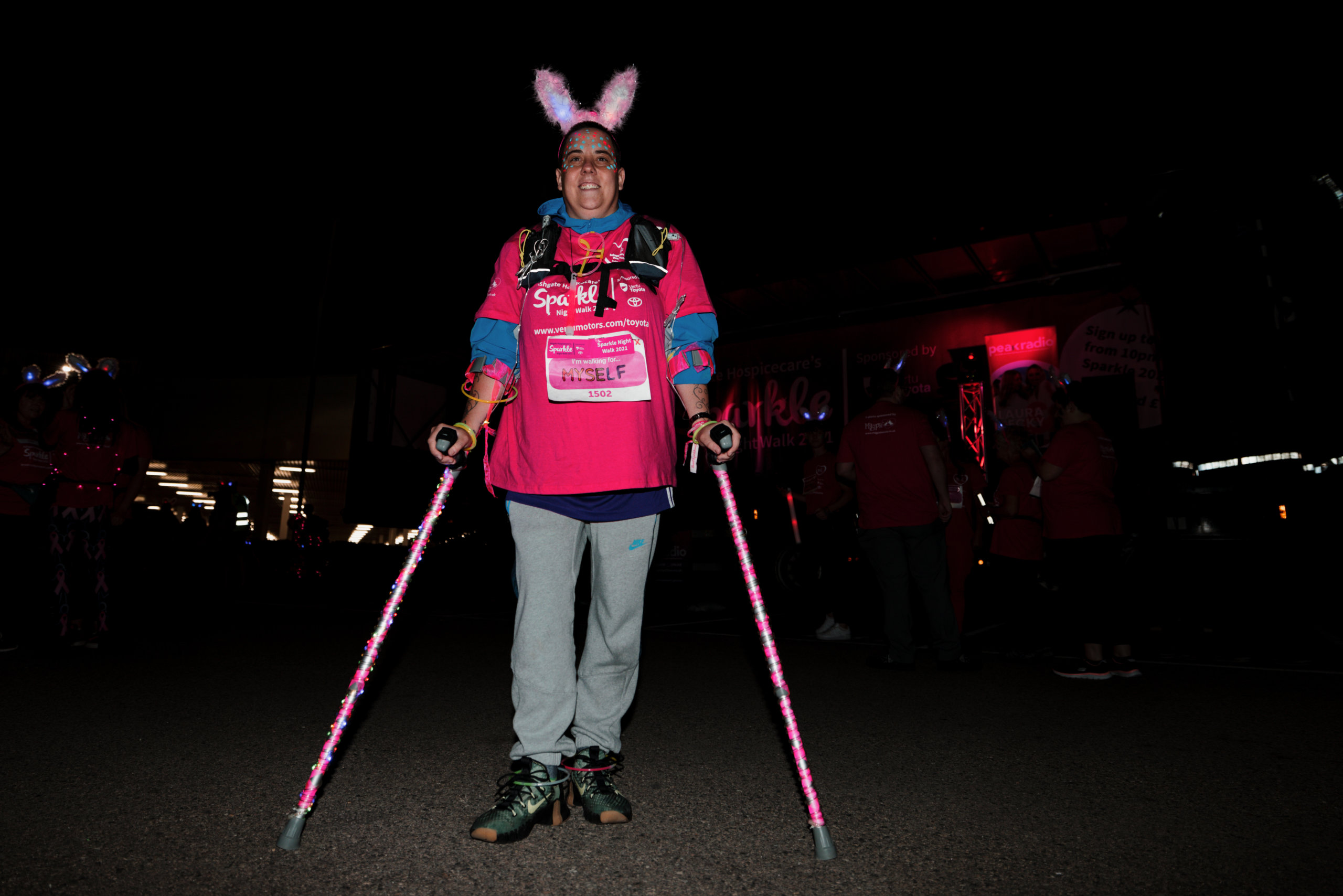 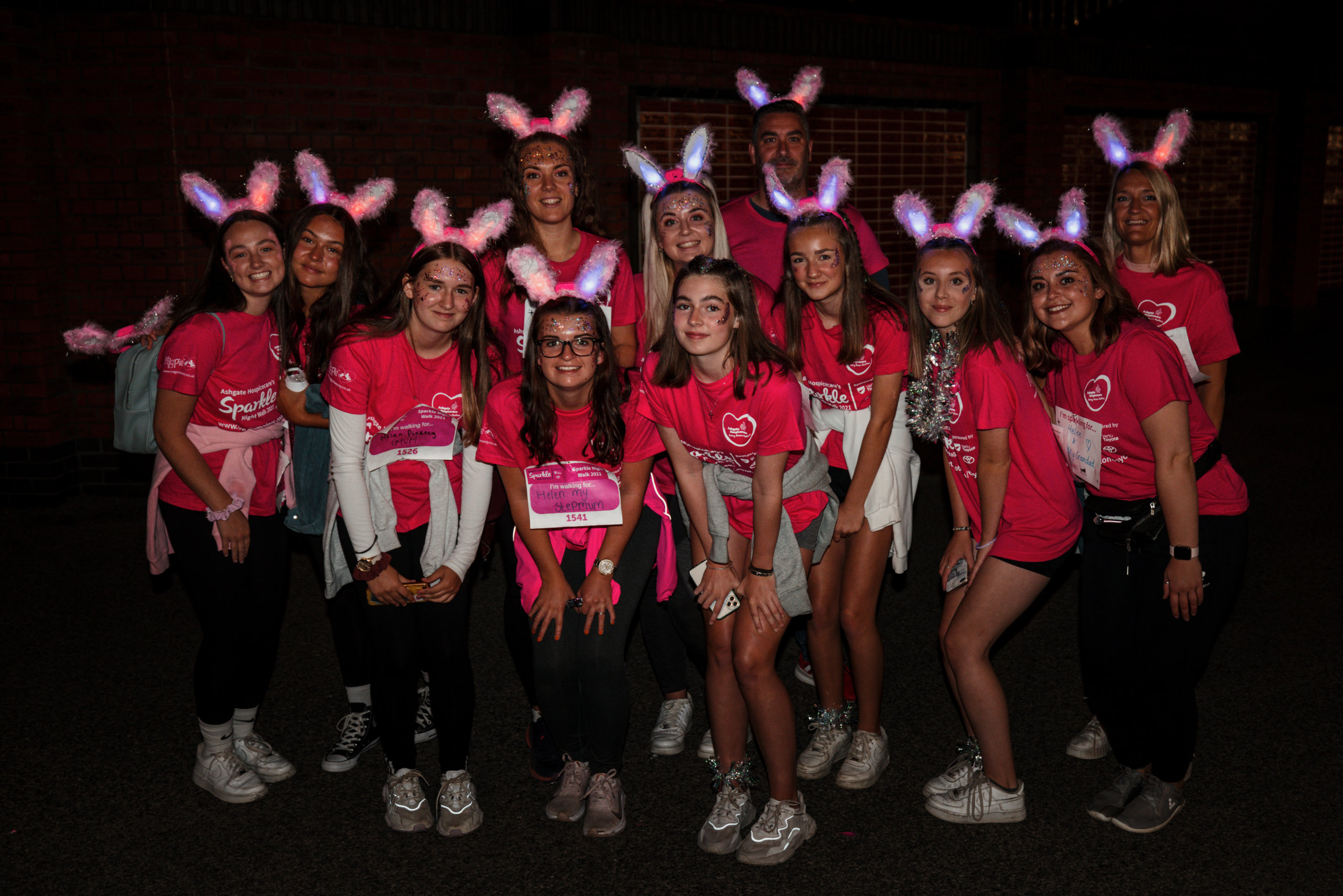 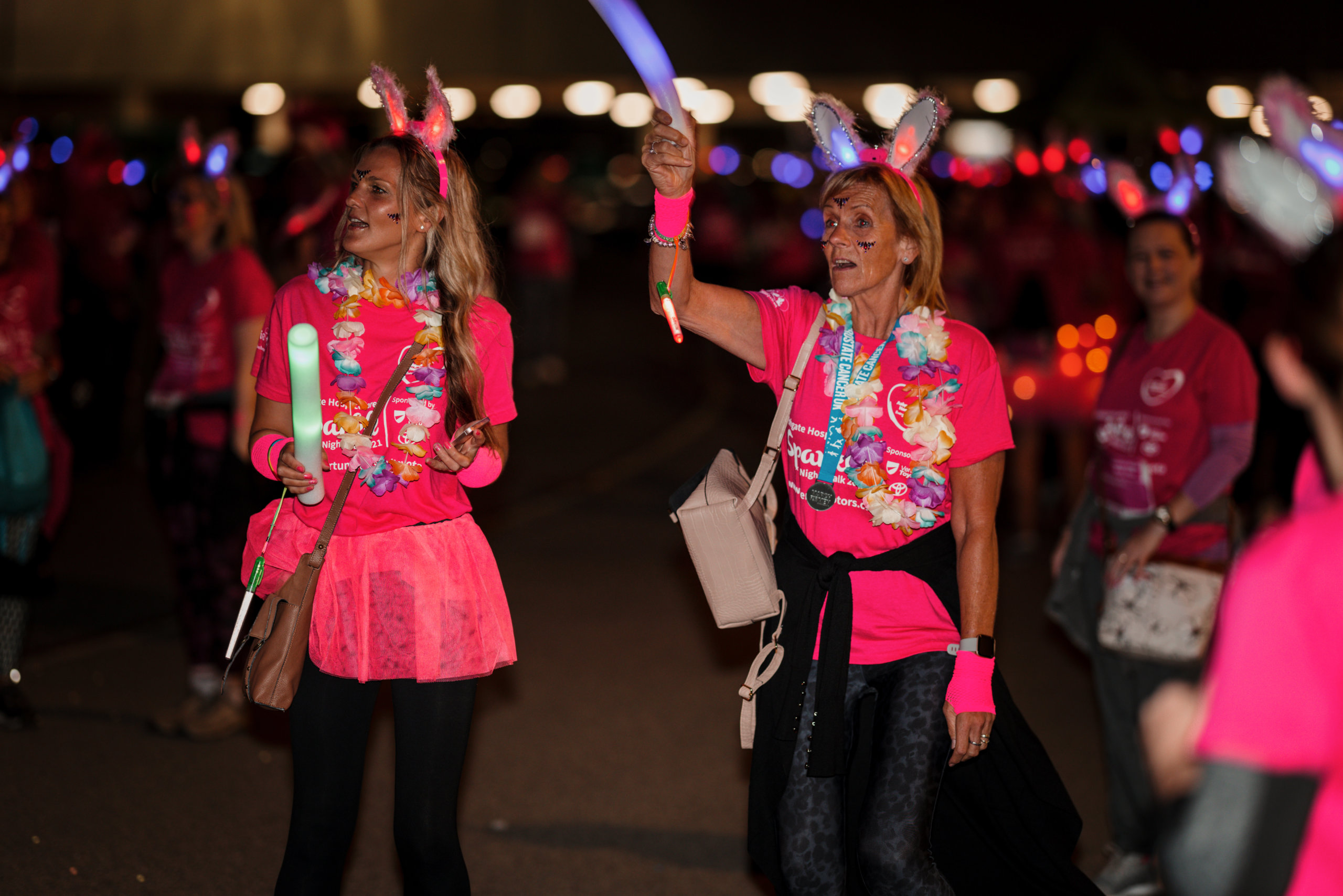