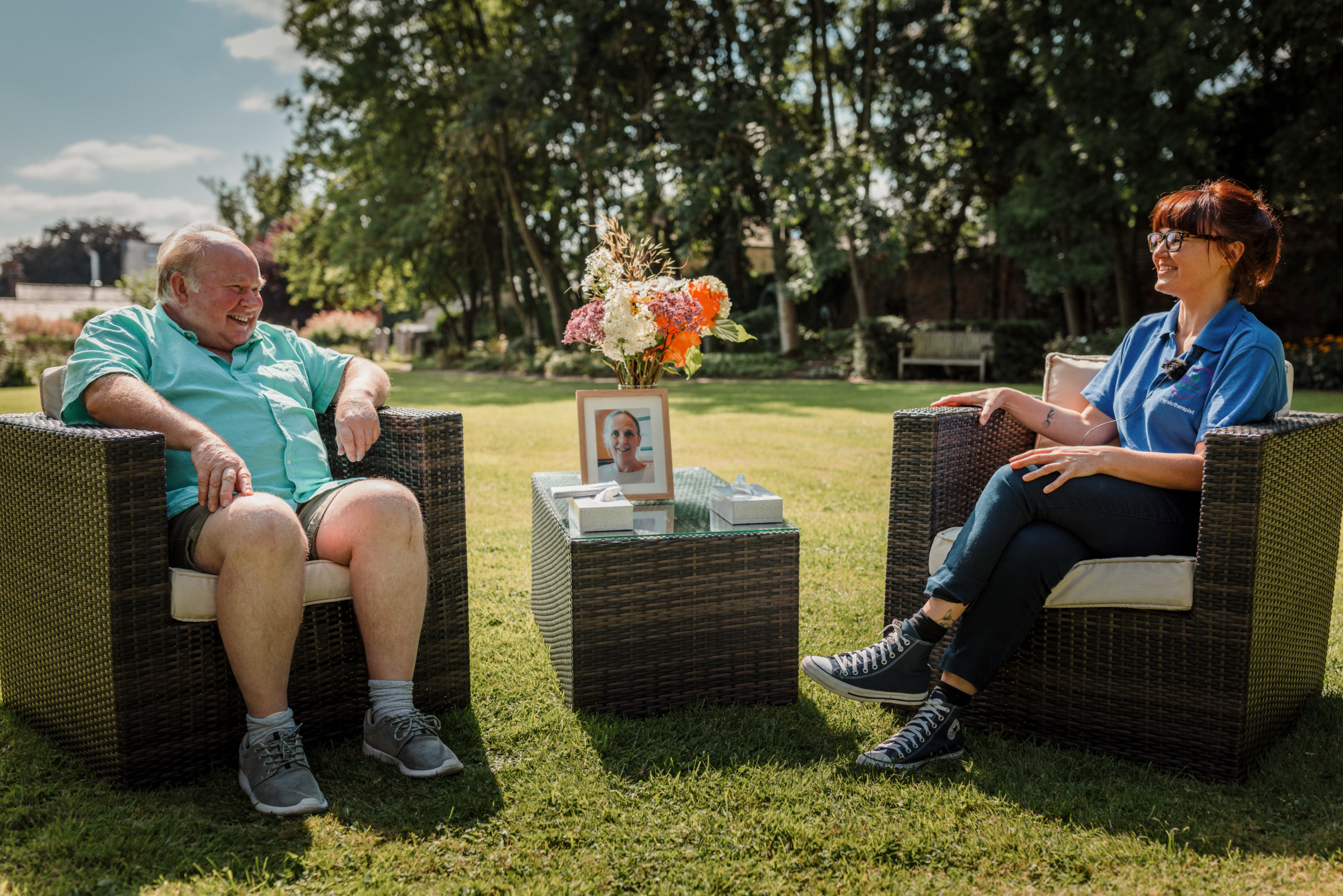 Ashgate Hospice’s Physiotherapist, Lucy, went above and beyond to research Diane’s rare condition and “never gave up” on helping her to feel comfortable.  Diane’s husband, Graham, can’t thank her enough. Now he’s reunited with Lucy to tell her the difference she made at the end of his wife’s life.

Diane Matthews, from Killamarsh, was cared for at Ashgate Hospice’s Inpatient Unit after being diagnosed with Multiple System Atrophy (MSA), a rare degenerative neurological condition like Motor Neurone Disease, which started to develop in 2012.

Her husband, Graham Matthews, misses his wife of 45 years every single day, but is immensely grateful to the support of Ashgate for the “warm and compassionate” care it gave to Diane and his family.

As the illness progressed, it caused gradual damage to nerve cells in Diane’s brain, which meant towards the end she was unable to eat, talk, walk and needed 24-hour care.

Despite the aggressiveness of her illness, one member of the Ashgate team, Physiotherapist, Lucy Sutton, never gave up on Diane.

Graham says she “did everything she possibly could” to keep Diane moving and to make make her as comfortable as possible. 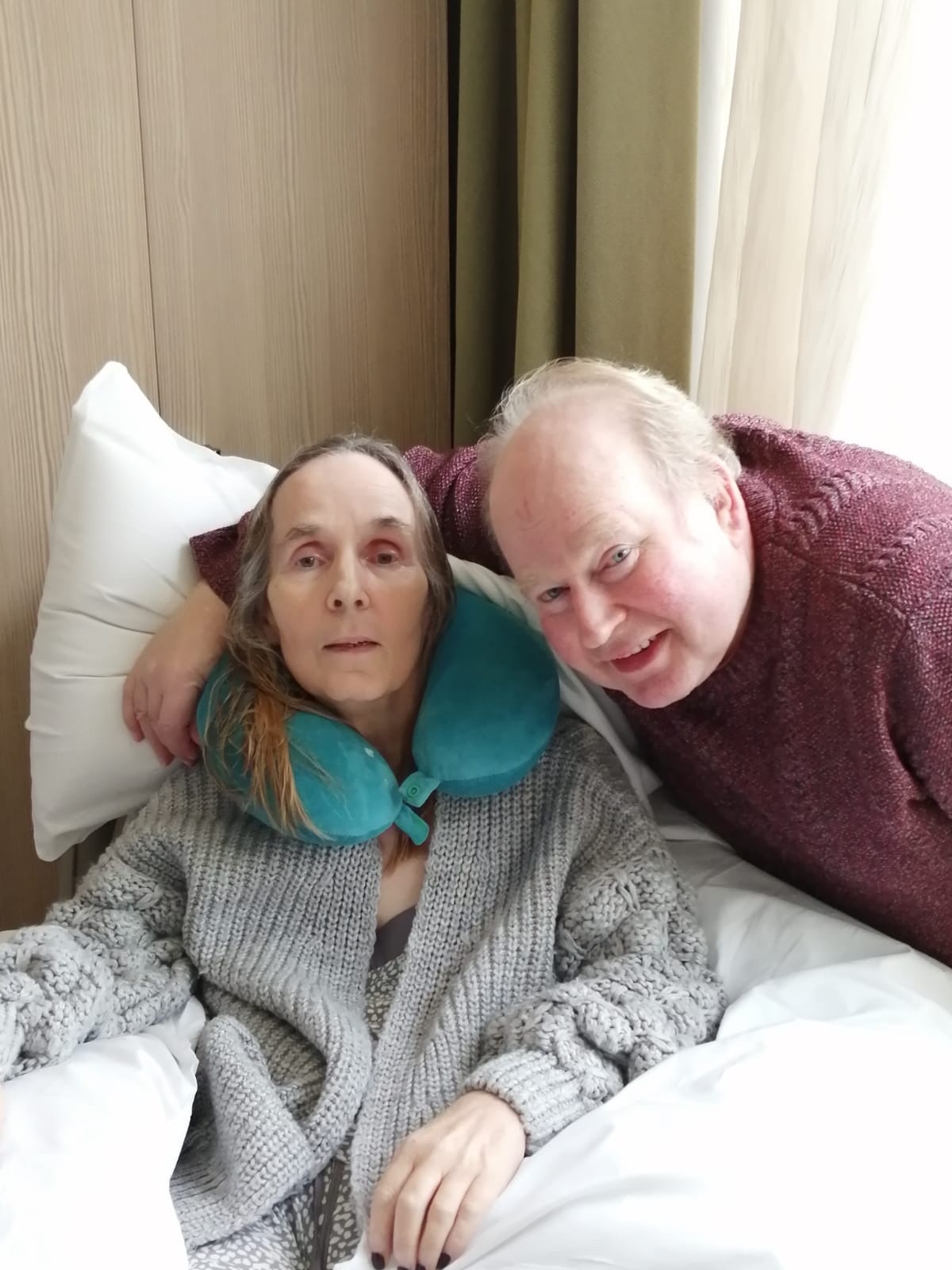 Lucy became  part of the family towards the end, and Graham will be forever grateful for everything she did for them.

Now, the pair have been reunited in an incredibly moving film, which will be released during Hospice Care Week, as Graham meets Lucy for the first time since Diane died.

He said: “We were so worried about how life would end for Diane, but fortunately, thanks to the support of everyone at Ashgate, it was very peaceful for her.

“In fact, we believe that with the care and attention she received from everyone at the hospice, her life was extended by more than two or three weeks, which we’re so grateful for.

“Lucy was a big part of Diane’s life towards the end. She helped make a terrible situation much brighter and more cheerful.

“Other physios didn’t know anything about Diane’s illness, but Lucy went out of her way to research MSA inside out, so they knew what parts of the body to try to stimulate and get moving.

“I remember when she couldn’t even stand up or get her head up, but through Lucy’s hard work Diane managed to get her head back up and even stood up a couple of times.

“Then when we were in the final stages of Diane’s life, she was very poorly, and we were told to be prepared for the worst.

“I had a conversation with Lucy about three days before she passed away, she said: ‘we will never give up with Diane, we will do everything we can.’ That meant so much.”

Lucy praised Diane’s determination during her time at Ashgate and said it was ‘a privilege’ to be able to support the Matthews family at such a difficult time. 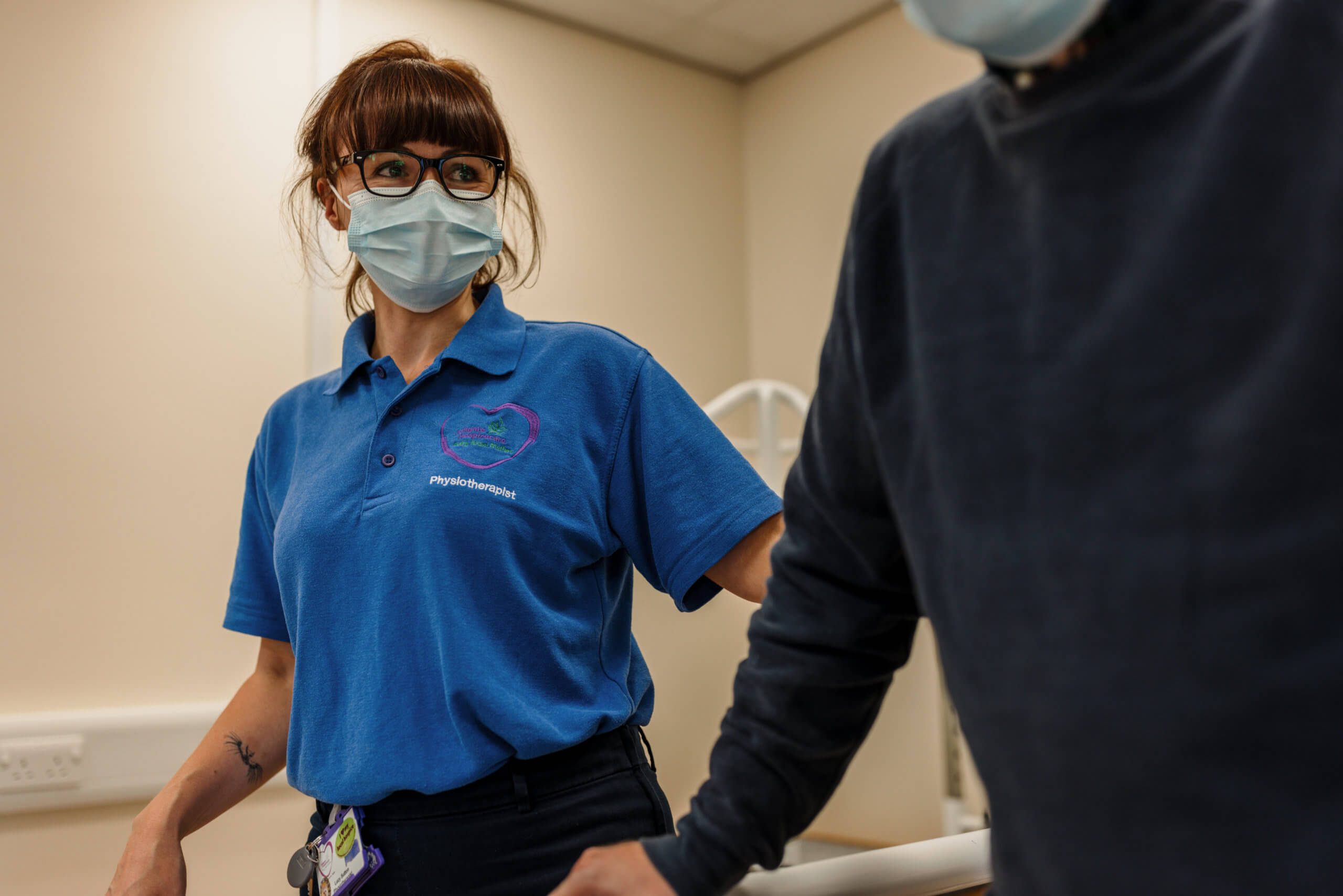 She added: “Diane is someone who I will always remember. We used to have a lot of fun and banter.

“She was so determined, and it was such a privilege to work with her. There were times when it was emotional, we had to have difficult conversations, but she kept on going.

“She never complained but knew what she did and didn’t want. Just talking to her and being there for her was so important.

“To be invited into your family when you’re going through something so traumatic and upsetting, it’s such an honour for us working in this profession to be able to be there for you.”

Despite being told she had only hours left to live upon being admitted to the Inpatient Unit, Diane spent 18 days at the hospice with Graham and family by her side – time which allowed them to make special memories together until she died on 3rd March this year, aged 65.

Graham describes the care his wife and family received as “just amazing” and admits there was no better place for Diane to be.

He added: “Towards the end of Diane’s life, she wasn’t expected to carry on, but I’m convinced the support of the Ashgate team and specifically Lucy kept her going.

“Visiting the hospice now brings back some memories, but they’re really good and positive ones – I remember just being able to sit and spend time with Diane was so special.

“As a family, we would do anything we could to support Ashgate. Without the care of the amazing staff and volunteers, I don’t know what we would’ve have done.”

Watch the emotional reunion between Graham and Lucy below: