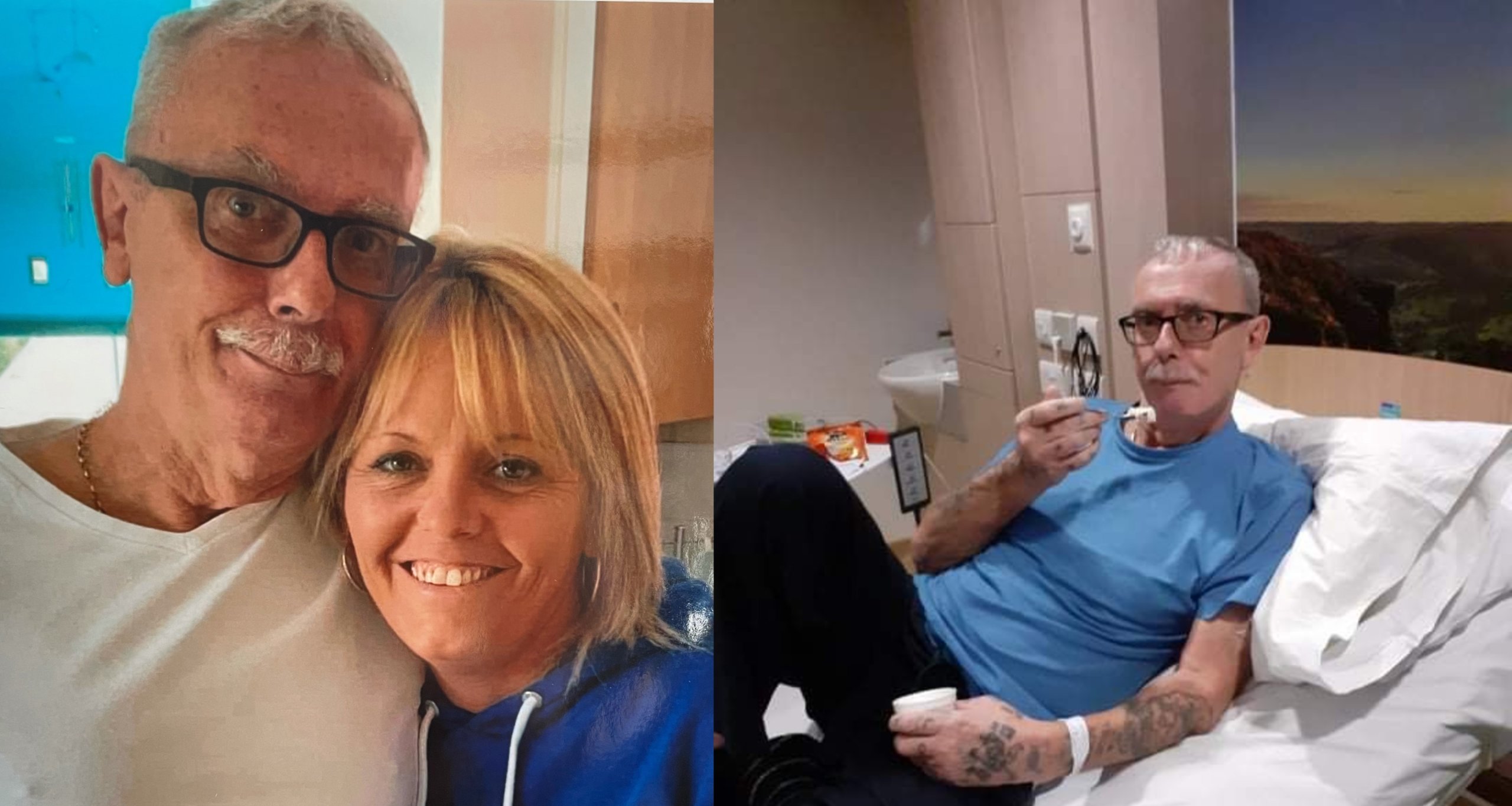 Sara Pauley is backing Ashgate Hospice’s Winter Appeal in tribute to her father, Alan Slinn, who was able to die in comfort at home thanks to the charity’s “exceptional” community team.

“Our lives changed so much when my dad was diagnosed with oesophagus cancer,” said Sara, aged 43, from Shirland. “When we found out his illness was terminal it was heart-breaking, but Ashgate Hospice took the weight off our shoulders and allowed us to focus on spending time with him.

“We can’t thank them enough for everything they’ve done for us. It was his wish to die at home and the support we all received was just amazing.

“Community Palliative Specialist Care Nurses, Lydia, Amanda, Sophie and doctor, Casey did everything they could to make dad comfortable and look after us. They all had so much time for us.

“We didn’t feel like we were on a conveyor belt like is often the case in a hospital; we were made to feel so special, they just had so much time for our whole family and were there right until the end.

“I remember I was with my dad the night before he died. He was very agitated and uncomfortable, but they came out and made sure he was settled. They were so thorough and we couldn’t have asked for more. Ashgate just wanted him to have the best quality of life, regardless of how long he had left.”

Alan, who lived in Mickley, received weeks of chemotherapy after his diagnosis, before going on to have major surgery in March last year, just as the pandemic was unfolding.

A follow-up consultation indicated that his cancer had been removed, but just six months later, Alan and his family were told the devastating news that the disease had spread and was inoperable.

One week before his death, aged 67, Alan visited Ashgate’s Inpatient Unit on two occasions to help overcome his pain and for symptom management, so he could enjoy the time he had left at home with his family. 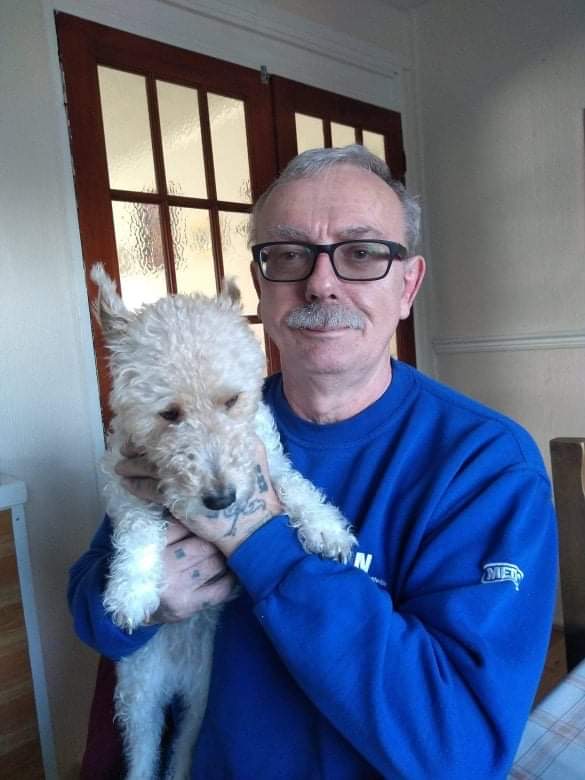 Sara, who works as a carer, said: “Dad wanted to stay at home and was reluctant to go into the hospice at first, but the care from every single person – the staff and volunteers – was exceptional.

“I remember wheeling him up to the Inpatient Unit; he looked so ill and we were petrified that we’d never see him again.

“But when he came home a week later, he was like a new man. He was bubblier, had colour in his cheeks, he just looked so much more content than when he went in.

“He said he was happy to be home, but was so glad he went into the Inpatient Unit because he was so well looked after by everyone.”

Alan, who had a range of jobs during his life – from a milkman to a gardener – was incredibly well-loved by all of his family, including his two great grandchildren, 15 grandchildren, four children and beloved wife of 45 years, Elaine. 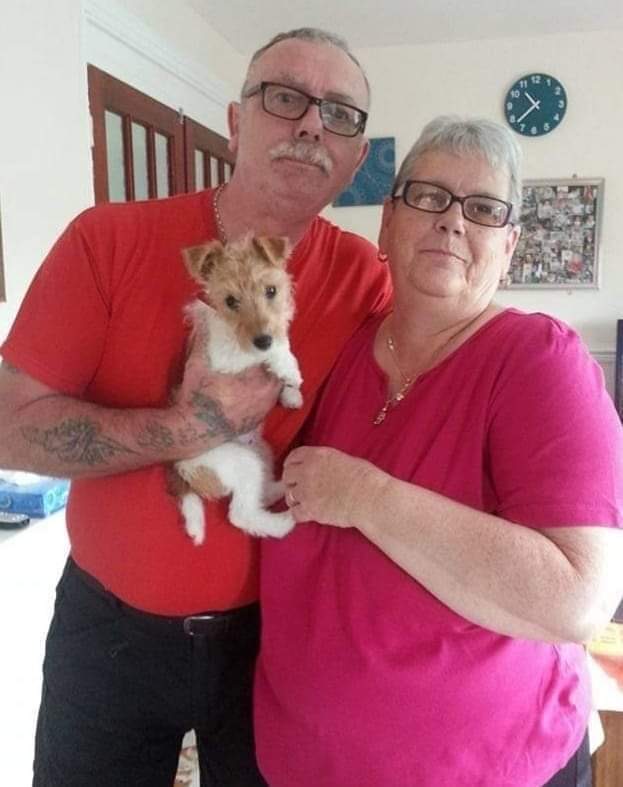 Sara added: “Dad stayed positive right until the very end, even on the bad days; he was always there for his family, continuously reassuring us all and just kept just saying: ‘it is what it is’ and ‘what will be will be’.

“My dad always told us how much he loved us all. I do hope he knew how much we loved him and how proud of him we were. He’s so dearly missed by all of us.

“Thanks to the care of the wonderful team at Ashgate we were able to spend Christmas at home with him and enjoy his 67th birthday a few weeks later. Sadly, he died not long after.

“We would do anything to have him back, but we’re so grateful knowing the hospice were there to make his death as comfortable as they could. We will all be forever grateful for everything Ashgate did for my dad and our family.”

The care Alan received at Ashgate has inspired his family to start fundraising for the charity, and they have so far raised thousands in his memory.

Now, Sara is backing Ashgate’s Winter Appeal, to ensure the hospice’s community nursing team can be there to support people in their homes across North Derbyshire.

“The care and support he received at home and on Ashgate’s Inpatient Unit was just outstanding, which is why I’m supporting Ashgate’s Winter Appeal this year.

“I’d like to invite you to join me in supporting the hospice this winter, so their wonderful community team can be there for people like my dad when they need it most.”

Find out more about our Winter Appeal and how you can support us.