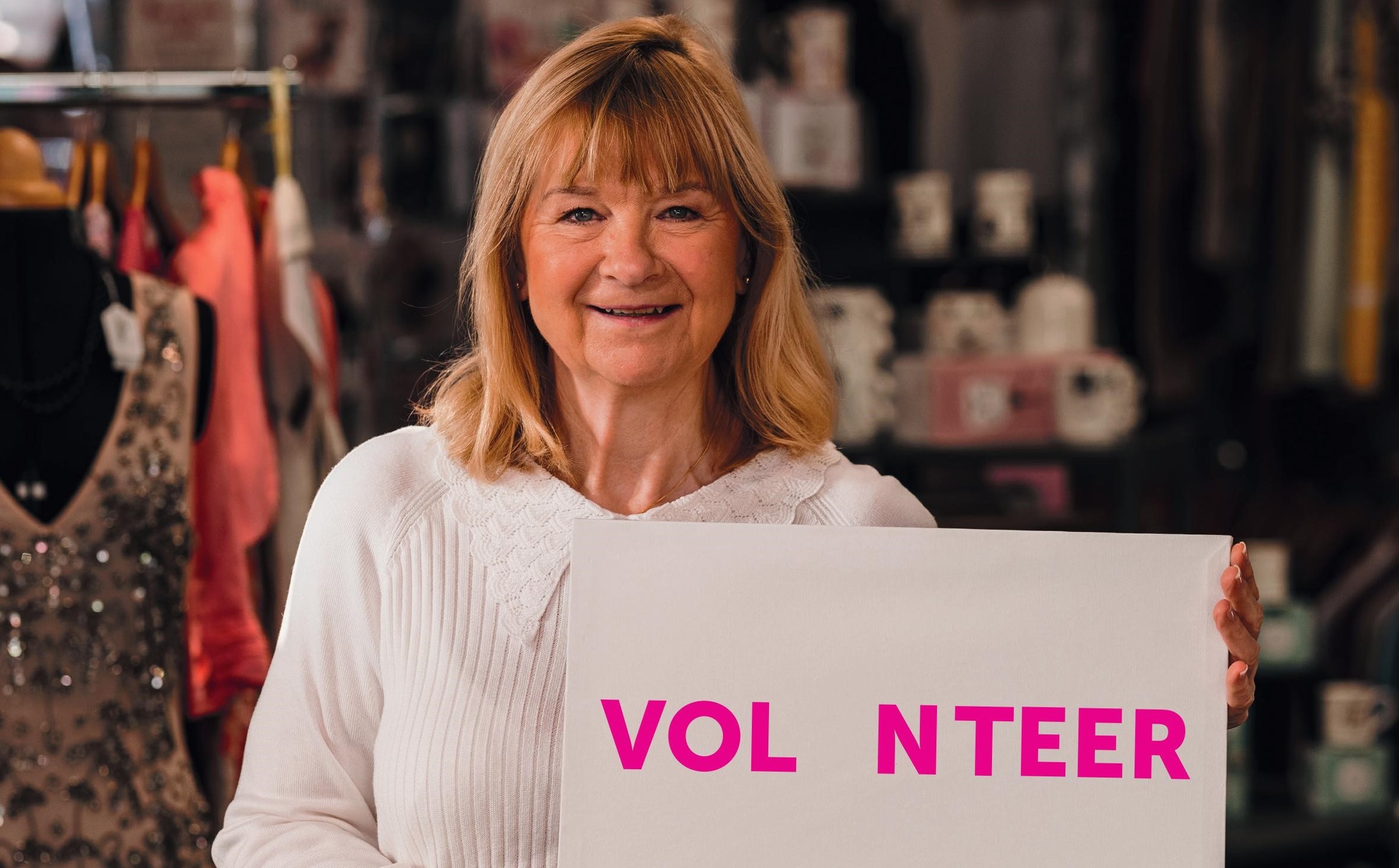 Ashgate Hospice is urgently calling on the people of North Derbyshire to volunteer in its shops and help raise funds for vital care for patients and their families.

The hospice, which cares for palliative and end of life patients on its Inpatient Unit and in the community, has launched an appeal to recruit more volunteers to help support its shops.

With plans to open a new clearance shop in Matlock this month, there are a host of volunteer opportunities currently available here and at its other 15 stores across North Derbyshire.

In particular, Ashgate is appealing for volunteers to join its Clearance Shop, Donation Centre, Furniture Store and eBay team at Hasland in Chesterfield as well as stores in Bakewell, Rowsley and the shop in Matlock.

From helping sort donations in the stockrooms to serving customers behind the till – the hospice offers a range of roles to suit everyone and are happy to accommodate each person’s needs and availability, where possible.

Volunteering in Ashgate’s shops is a fantastic way to learn new skills, meet new people and give something back to the community, say the hospice’s current volunteers.

Marian Weighill, who has been volunteering in one of Ashgate’s shops since 2009, is urging others to join her.

She joined the shop team in Bolsover after her neighbour received end of life care on our Inpatient Unit.

Marian, from Tapton, Chesterfield, said: “My neighbour was quite ill and spent some time on Ashgate Hospice’s Inpatient Unit and said the care she received was just brilliant.

“She told me she’d wished she’d done some voluntary work for the hospice, so after she died, I made the decision to honour her memory and join the team.

“I’m so glad I did as the past 13 years have been a brilliant experience. I hope that she’d be proud of the time I’ve given to help volunteer at Ashgate over the years.” 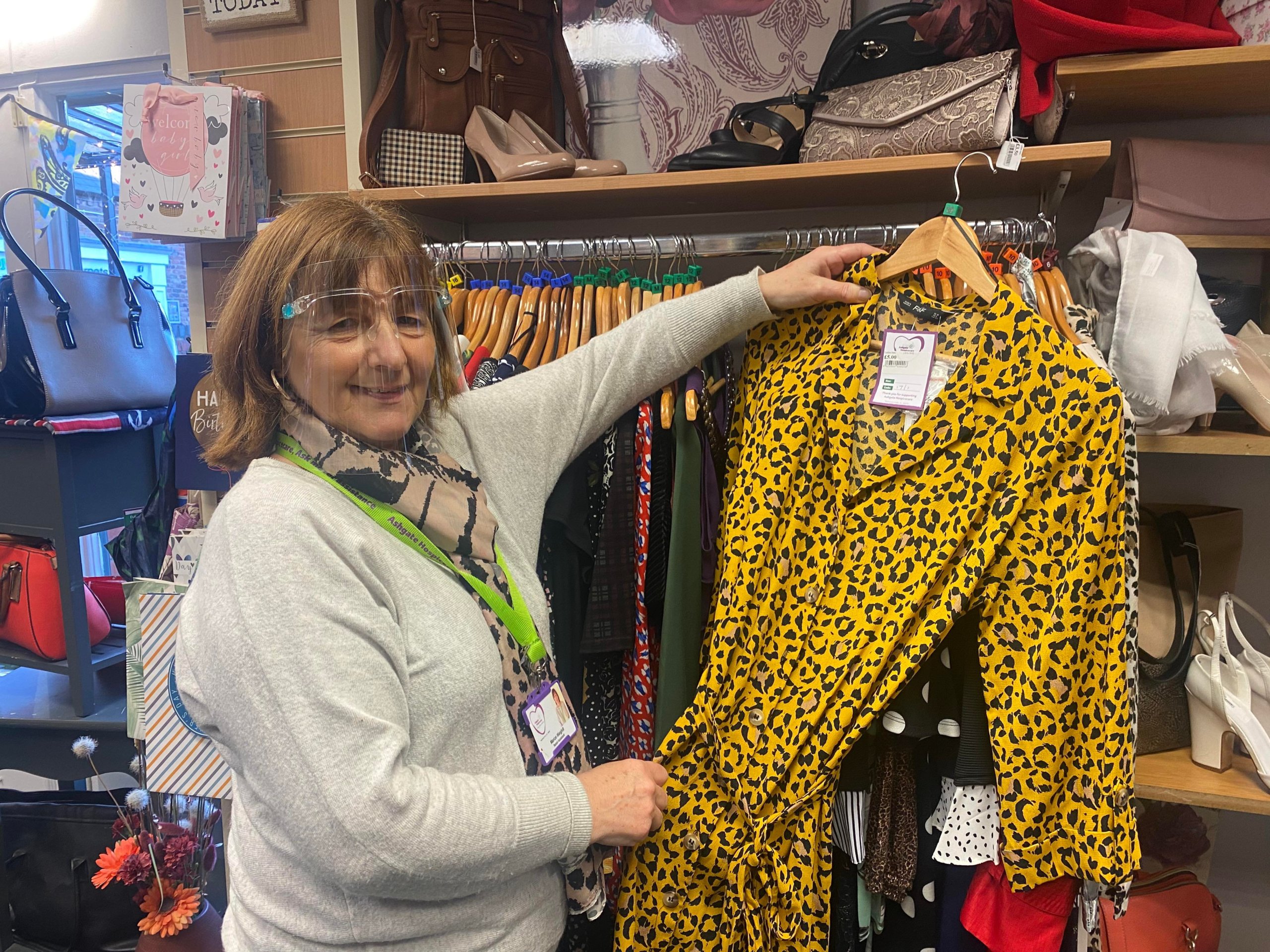 Marian has been volunteering since 2009 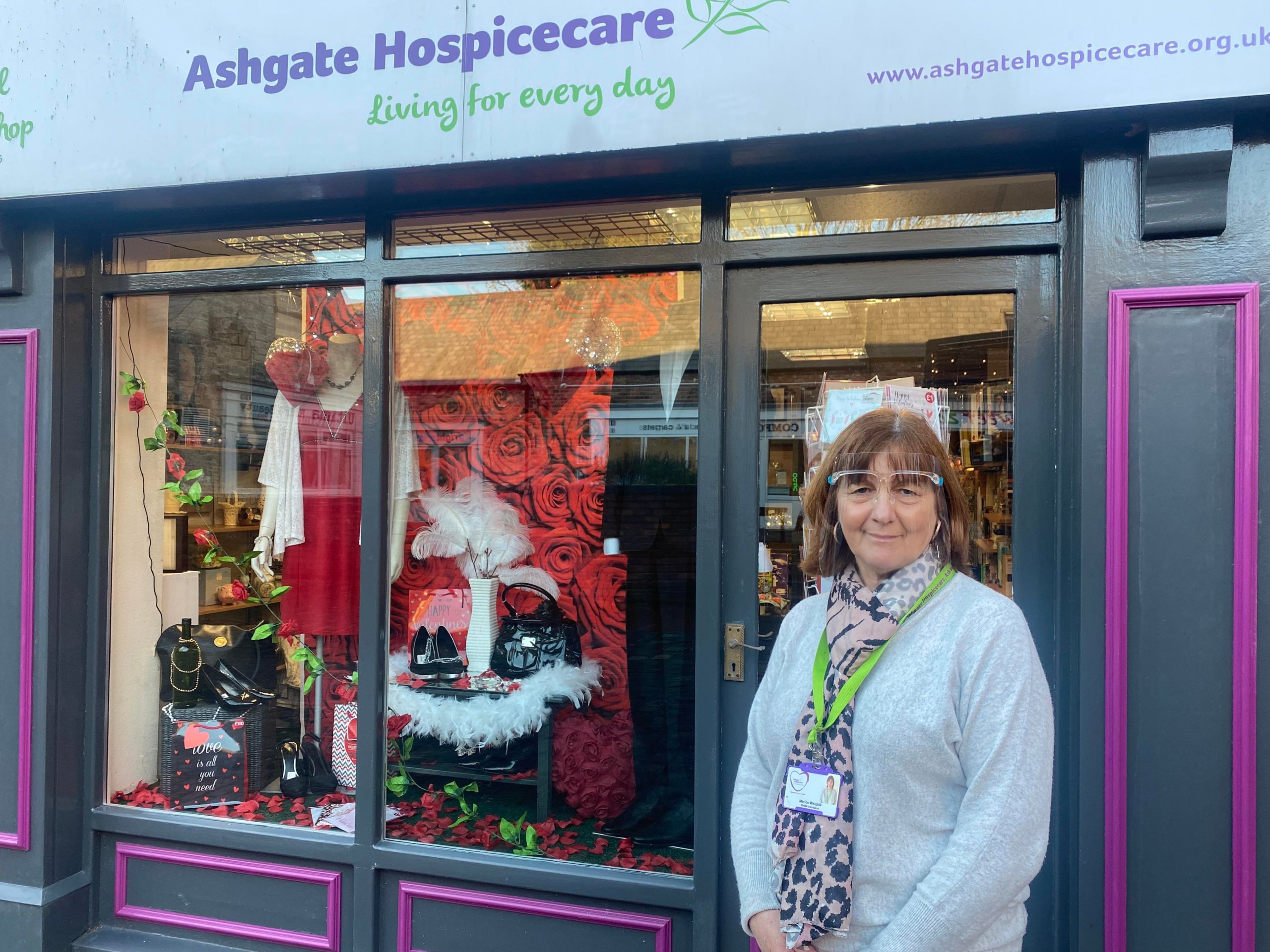 Maria began volunteering in memory of her friend and neighbour

Another volunteer, Mike Collins, a steward at Chesterfield FC, decided to volunteer in Ashgate’s Chesterfield town centre shop to gain some more retail experience eight years ago – and hasn’t looked back since.

“I love being a volunteer in one of Ashgate’s shops,” said Mike. “You make no end of friends, gain plenty of experience and get a real sense of satisfaction from doing your bit for the hospice.

“I like helping people and if I can raise a laugh whilst I’m working behind the till then that’s great!

“To anyone thinking about volunteering I’d tell them not to hesitate – I’m so glad I signed up and I wouldn’t change it for anything.”

Without the support of Ashgate’s retail volunteers, it simply wouldn’t be able to raise the £3million it needs from shop sales every year, so the hospice can be there to provide vital care for patients and families. 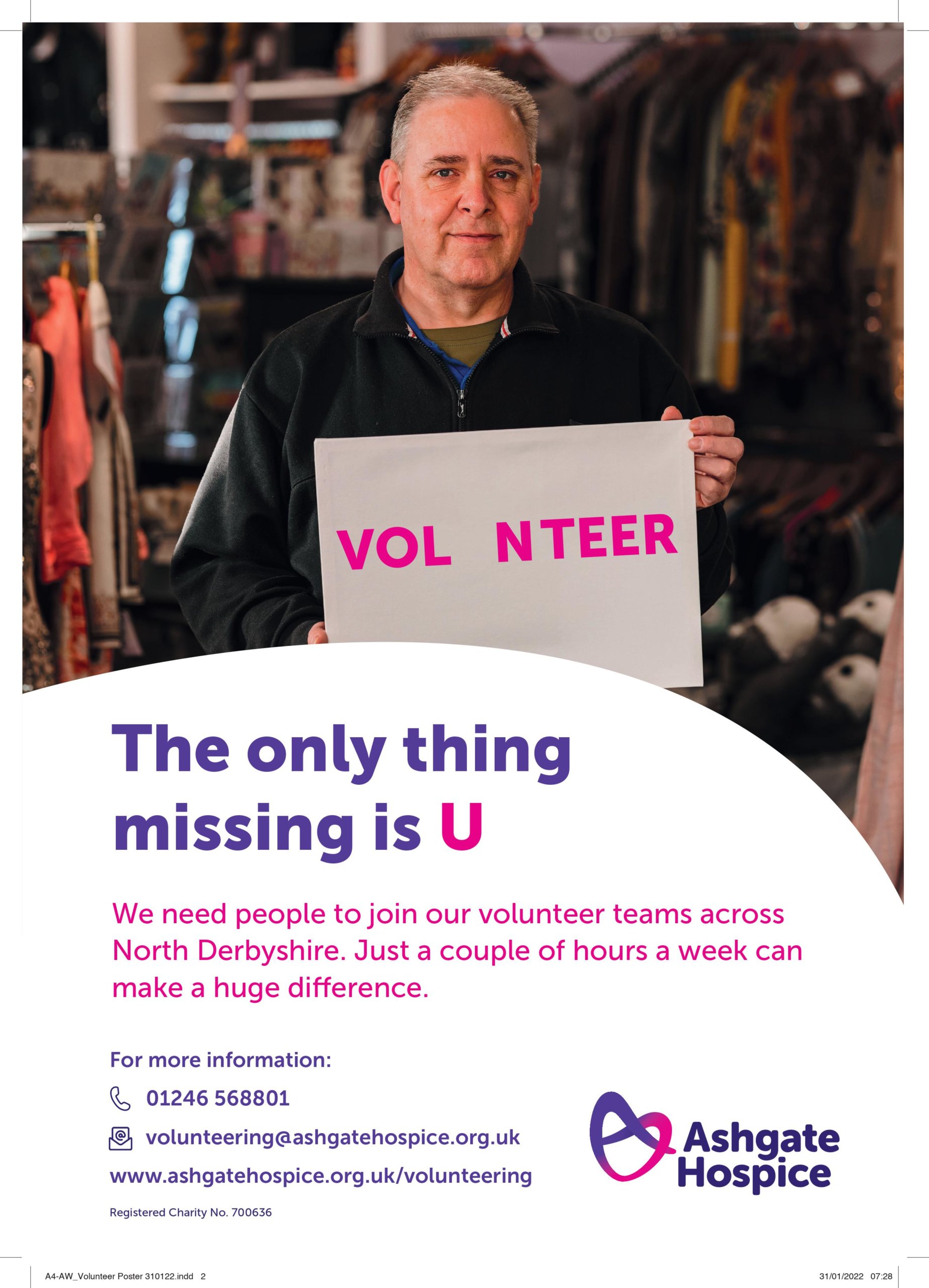 Mike is fronting a volunteering campaign by Ashgate Hospice

The money raised through the charity’s shops helps to support people like Stephanie Boyman, who was able to fulfil her wishes of dying peacefully at home with family and friends by her side in November last year, aged 53.

Matthew, from Staveley, who was married to Steph for 20 years, says he would have been ‘lost’ without Ashgate by his side.

He said: “Without the care and support from Ashgate Hospice there would have been no choice but for us to admit Steph to hospital, which would have been against her final wishes of dying at home.

“After being diagnosed two years ago, her treatment dictated most of her life, so it was important for her to be able to spend her last months at home with family and friends.

“I’m just grateful for Ashgate’s nurses and support workers for everything they did for her and for me too. Each and every one of them was absolutely amazing.” 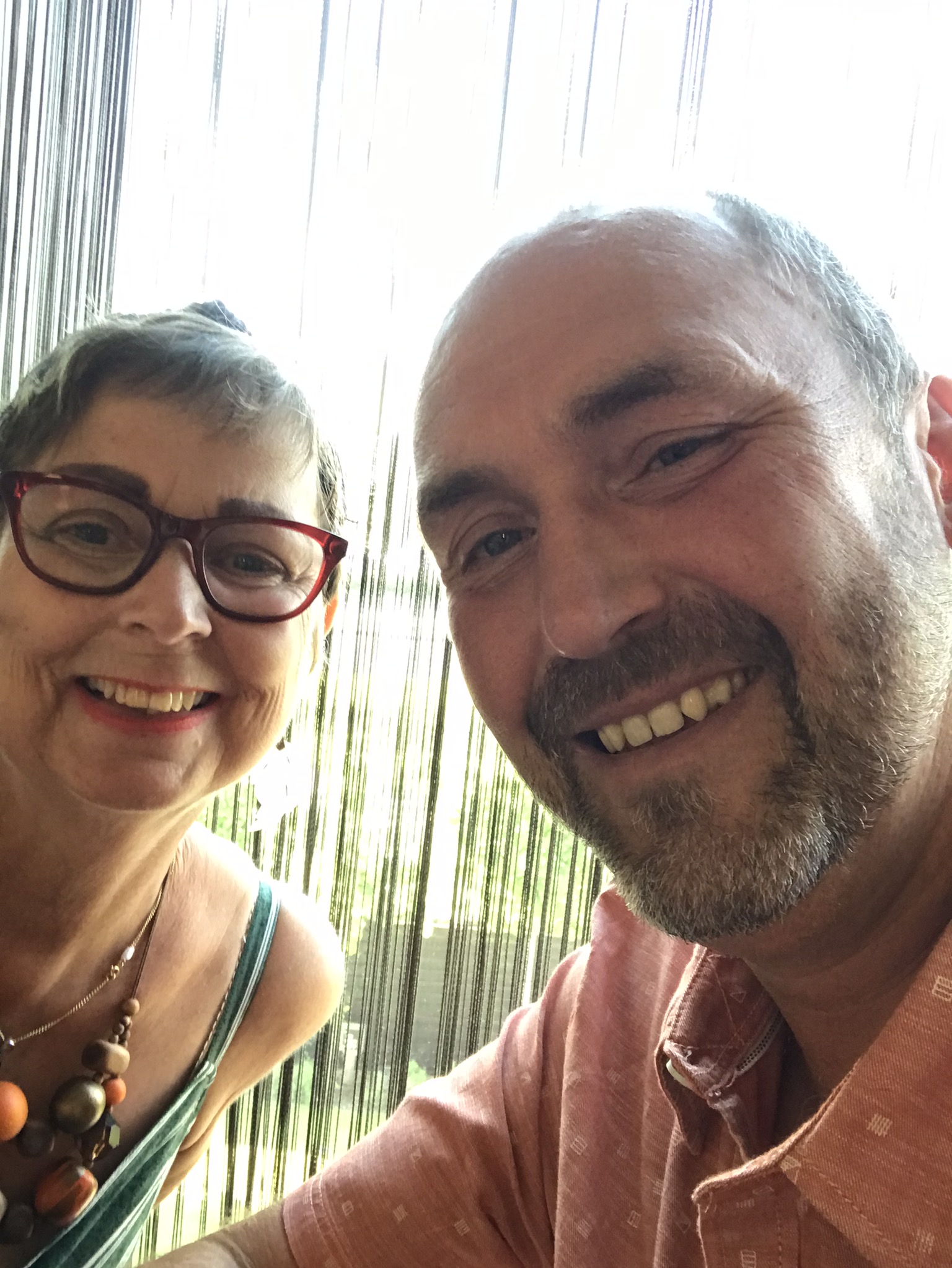 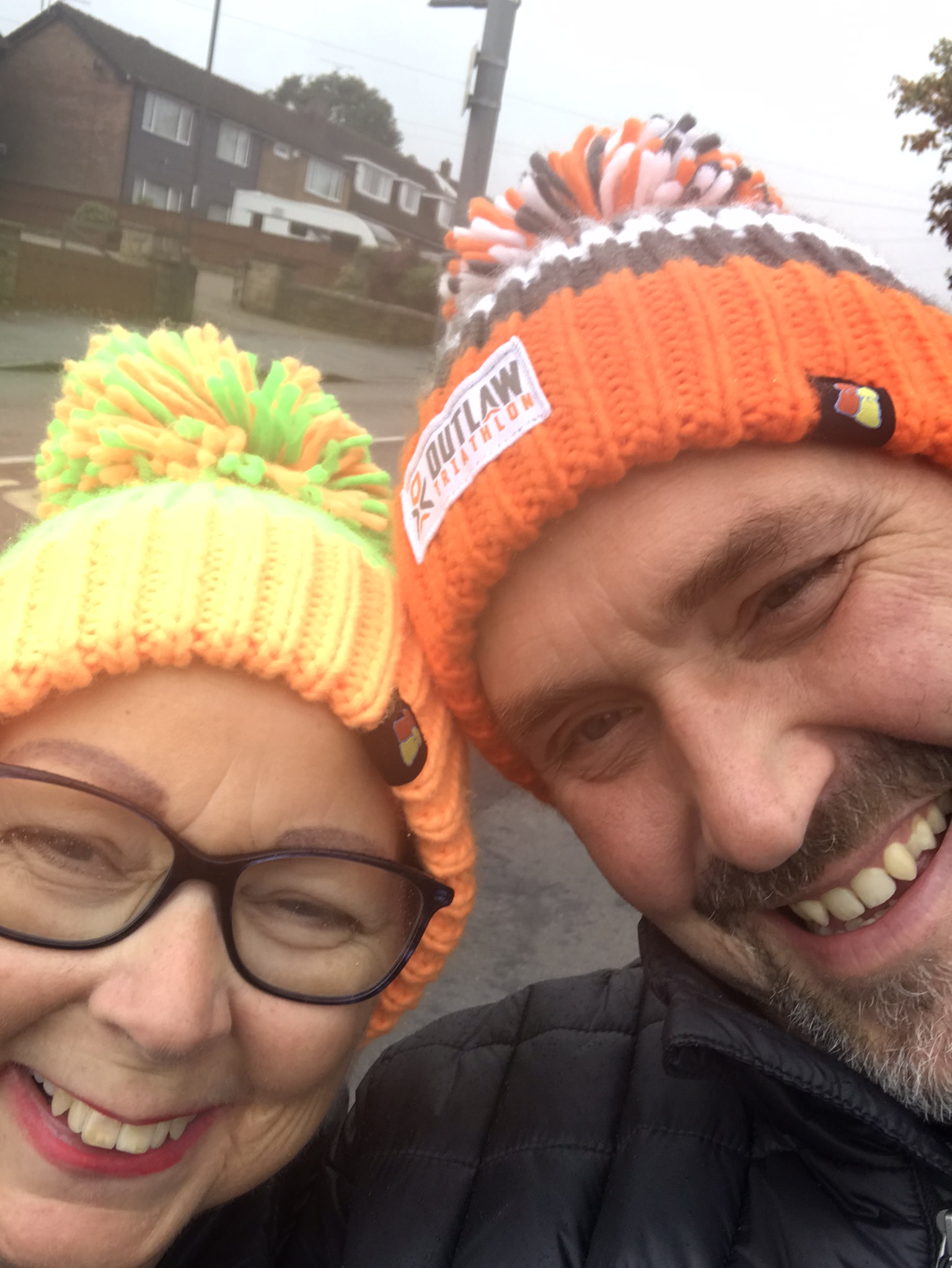 Matthew would have been ‘lost’ without Ashgate by his side to help support him and his wife, Steph

Volunteering is a great way to give back to your community

Laura Stevens, Head of Retail Operations at Ashgate Hospice, said: “We’ve launched our recruitment campaign in an effort to bring in more wonderful volunteers to help out in our shops across North Derbyshire.

“Volunteering with Ashgate can be very rewarding and is a fantastic way to meet new people whilst giving something back to your local community.

“Our volunteers are so special to us; each and every one plays such an integral part in helping us provide vital care.

“They have been part of the fabric of Ashgate for over 30 years and bring something unique and special to our shops in communities across the county. We’d love for you to come and join us. Head to our website to find out more!”

Anyone who is interested in volunteering can go to ashgatehospice.org.uk/volunteering and fill in the Volunteer Enquiry Form.

Alternatively, pop into your local shop and ask to speak to the shop manager about volunteering. You can find your nearest shop below.