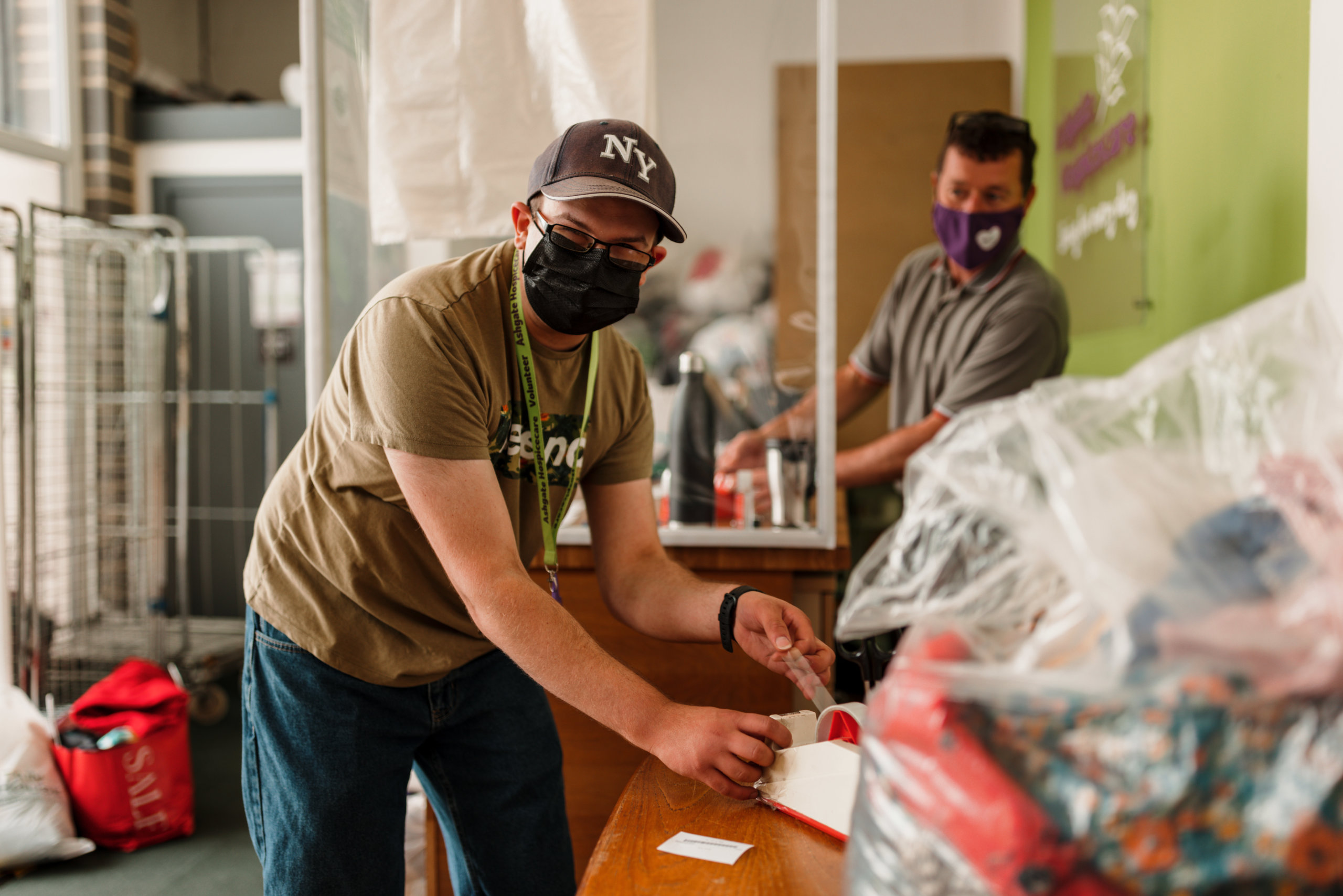 Mark volunteers for Ashgate at the Donation Centre in Hasland and has now been part of the team for nine years.

After starting his volunteering journey with us at the Furniture Store in Hasland, he shortly moved over to the Donation Centre for a role less physical and has been a highly valued member of the team ever since!

Mark works on the reception; accepting donations and processing gift aid before transferring donations to the back for sorting. He says, “it’s hard work, but worth it!”

When he started, Mark admits he was very shy, but it was with the support of the team that he’s gained confidence and developed his communication and social skills. He now does four shifts a week for us and says it gives him a sense of purpose as he enjoys the routine and structure – something he missed during the lockdowns.

What Mark enjoys most about volunteering are being part of a great team, feeling that he can contribute and being appreciated for the role he plays. He also likes meeting all the customers at reception and says, “I like the friends I’ve made and enjoy working here. I feel part of the team and I think that people like me.” 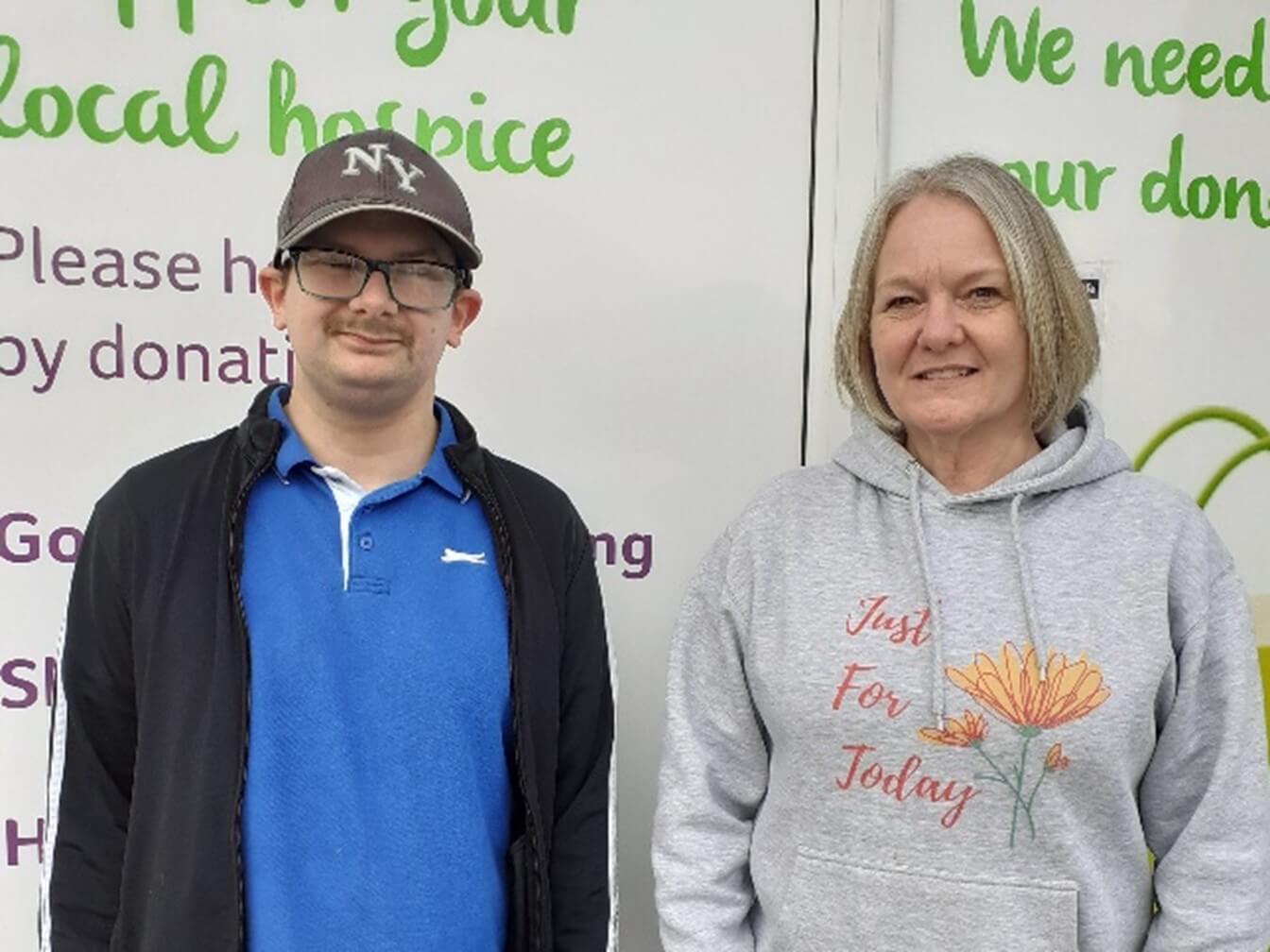 Julia remembers when Mark first joined and recalls that he was quiet and withdrawn but over time he has grown.

She said: “Mark will assess the staff on duty and determine from there his duties for the day. He knows what needs to be done and gets on with it. He’s flexible, reliable and is always happy and cheerful. He is a valued member of the team who is able to run the busy reception area single handedly very well.”

She added: “Our volunteers are very special; they don’t have to come but do so because they want to and that makes such a difference. They bring with them a lifetime of knowledge and experience and we need more of that.”

It’s a small but busy team at the Donation Centre and they are always looking for more volunteers. If you can spare a couple of hours to volunteer, it would make such a difference, please contact Julia.Hewedine-ddc@ashgatehospice.org.uk