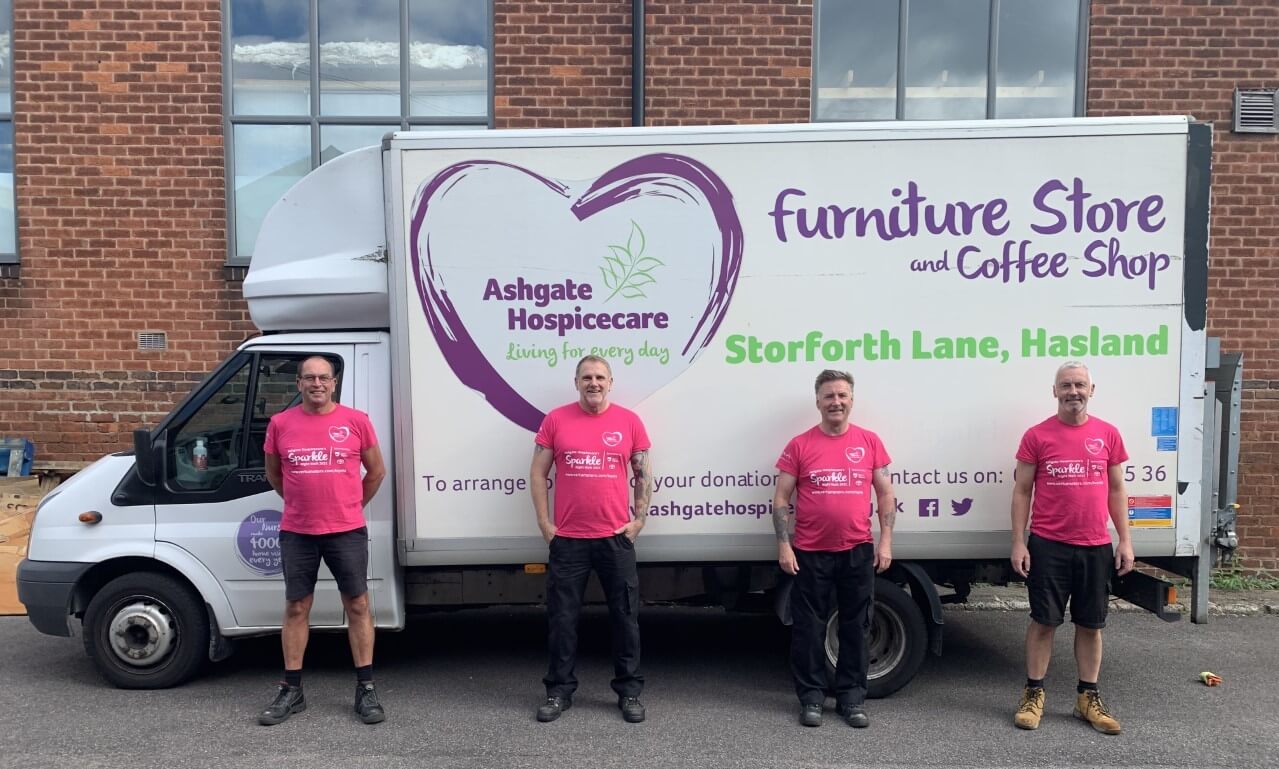 Brazen thieves have stolen an Ashgate Hospice delivery van from the car park used by nurses caring for patients nearing the end of their life.

The vehicle went missing from the hospice’s site in Old Brampton, Chesterfield, between 11.15pm and 11.30pm on Monday night (16th May).

CCTV footage recorded from outside the hospice shows the moment entry was gained to the driver’s side of the vehicle before it was driven out of the car park.

The Ford Transit Luton box van (reg: YT62 JYB) is used to deliver and collect charitable donations to and from its supporters across North Derbyshire.

Police are currently investigating the theft and anyone who may have seen the vehicle or has information is being urged to call 101.

Peter Stone, Director of Income Generation at Ashgate Hospice, said: “Everyone at Ashgate works incredibly hard to help fund our care for people across North Derbyshire as they reach the end of their lives.

“It was so disheartening and upsetting to find out that one of our vans has been stolen from the hospice – just yards away from our nurses, who were inside caring for our patients and their families.

“We rely on the goodwill of our generous supporters across the region and to think someone would do such a thing is a real disappointment to not only us, but to our supporters too.

“We are continuing to assist the police with their enquiries and would kindly ask anyone with any information to report to the police.”

The Ashgate branded van is an integral part of Ashgate’s ability to raise the £8 million needed to fund its vital end of life care. The hospice relies heavily on the goodwill of the local community to help raise this money through their chain of retail shops and appeals such as its Forget-Me-Not Appeal, which was launched this week.

The charity will be able to continue fulfilling orders and deliveries thanks to the support of local business J&R Self Storage in Chesterfield, which provided the charity with a similar van at a discounted price.

Local residents are asked to be vigilant as the van could potentially be used to purport the work of the hospice’s retail team.

Anyone with any information is being urged to call Derbyshire police on 101.

For more information about Ashgate Hospice or to support their work, go to: www.ashgatehospice.org.uk