Council chairman raises more than £79,000 for Ashgate Hospice in 12 months 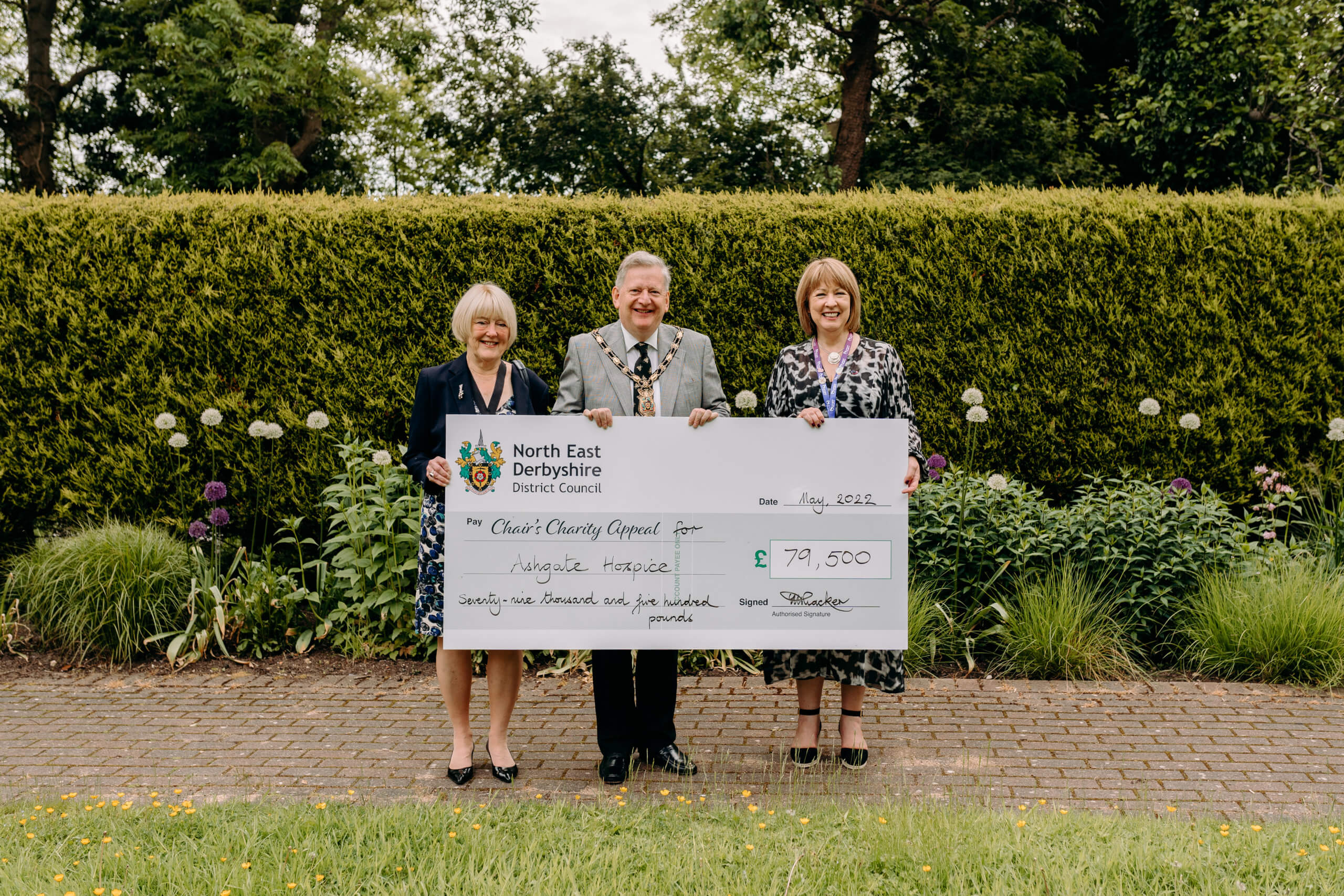 A local council chairman has helped fund vital care for dozens of families across North Derbyshire after raising more than £79,000 in just a year.

Chairman of North East Derbyshire District Council, Councillor Martin Thacker MBE, has been fundraising for the local hospice over the past 12 months after choosing Ashgate as his charity of the year.

From a Peaky Blinders-themed party to a festively fun Christmas market – Councillor Thacker and his team, with the support of Ashgate’s fundraisers, organised a total of 30 different events.

Barbara-Anne Walker, Chief Executive at Ashgate Hospice, praised Councillor Thacker and everyone who had supported the events for their support over the past year.

She said: “I can’t express how grateful we are to Councillor Thacker, Jean Spencer, North East Derbyshire District Council and everyone whose supported the fundraisers over the past 12 months.

“There is no doubt that Councillor Thacker and his team have gone above and beyond in their fundraising efforts – organising fun and exciting events all year round for everyone to attend and enjoy. 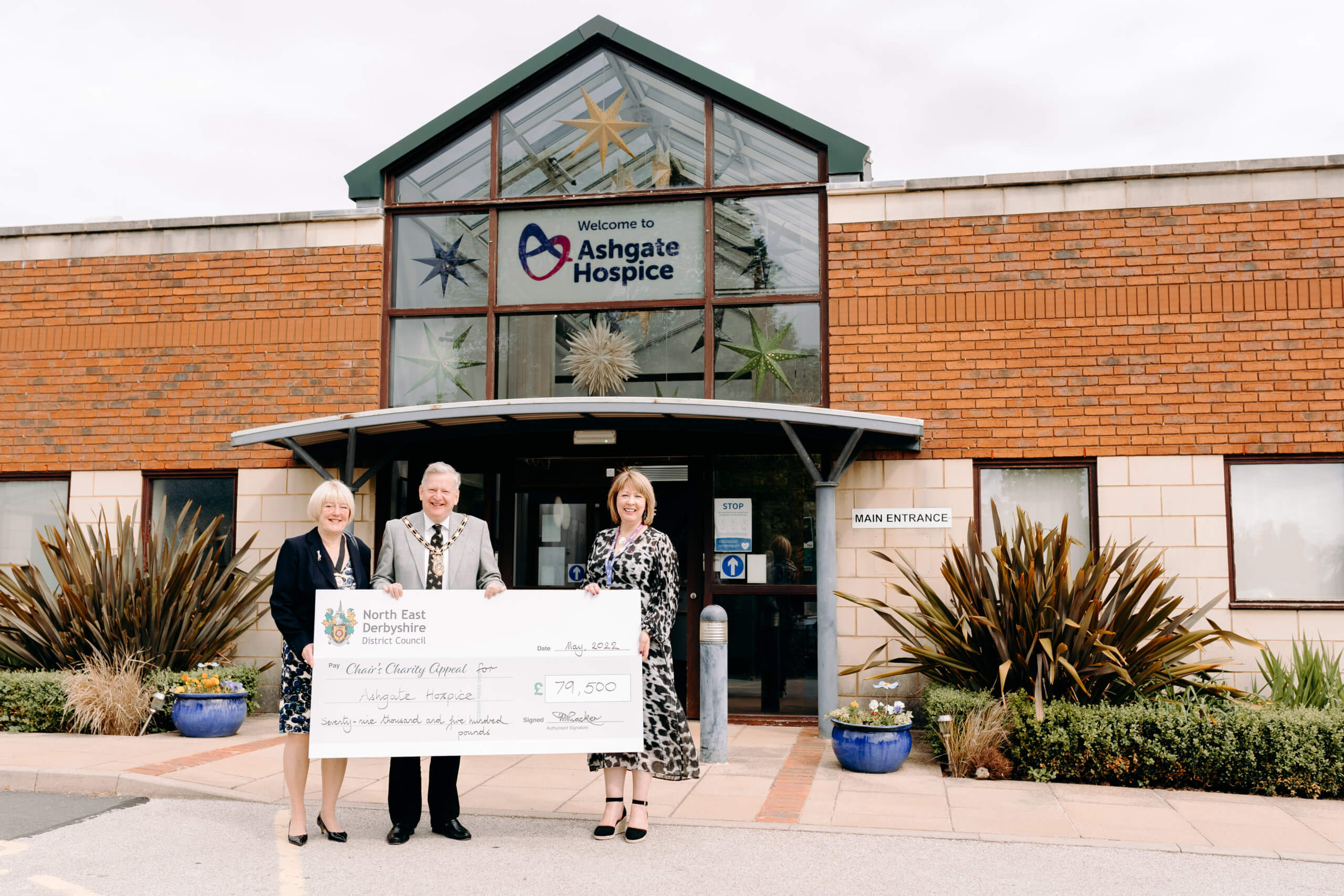 “To have raised such a significant amount of money will help us provide care for so many patients and their families across North Derbyshire.”

Councillor Thacker and his consort, Jean Spencer, handed over the bumper cheque to the hospice’s Chief Executive, Barbara-Anne Walker, at the hospice on 23rd May.

The figure is the largest amount ever donated to Ashgate from a council fundraiser appeal.

Councillor Thacker wanted to support Ashgate because of the ‘excellent’ work that the charity does in providing specialist palliative and end-of-life care and support to patients and families.

He says he’s “proud” to have been able to make a “huge difference” to so many people’s lives.

Councillor Thacker said: “We are delighted to present Ashgate Hospice with this record-breaking amount of money. Everyone is aware of the tremendous difference the hospice makes in the community.

“We know the funds will be used to help continue their fantastic work. I am very grateful to all those who have supported our appeal and helped us to support the hospice.”