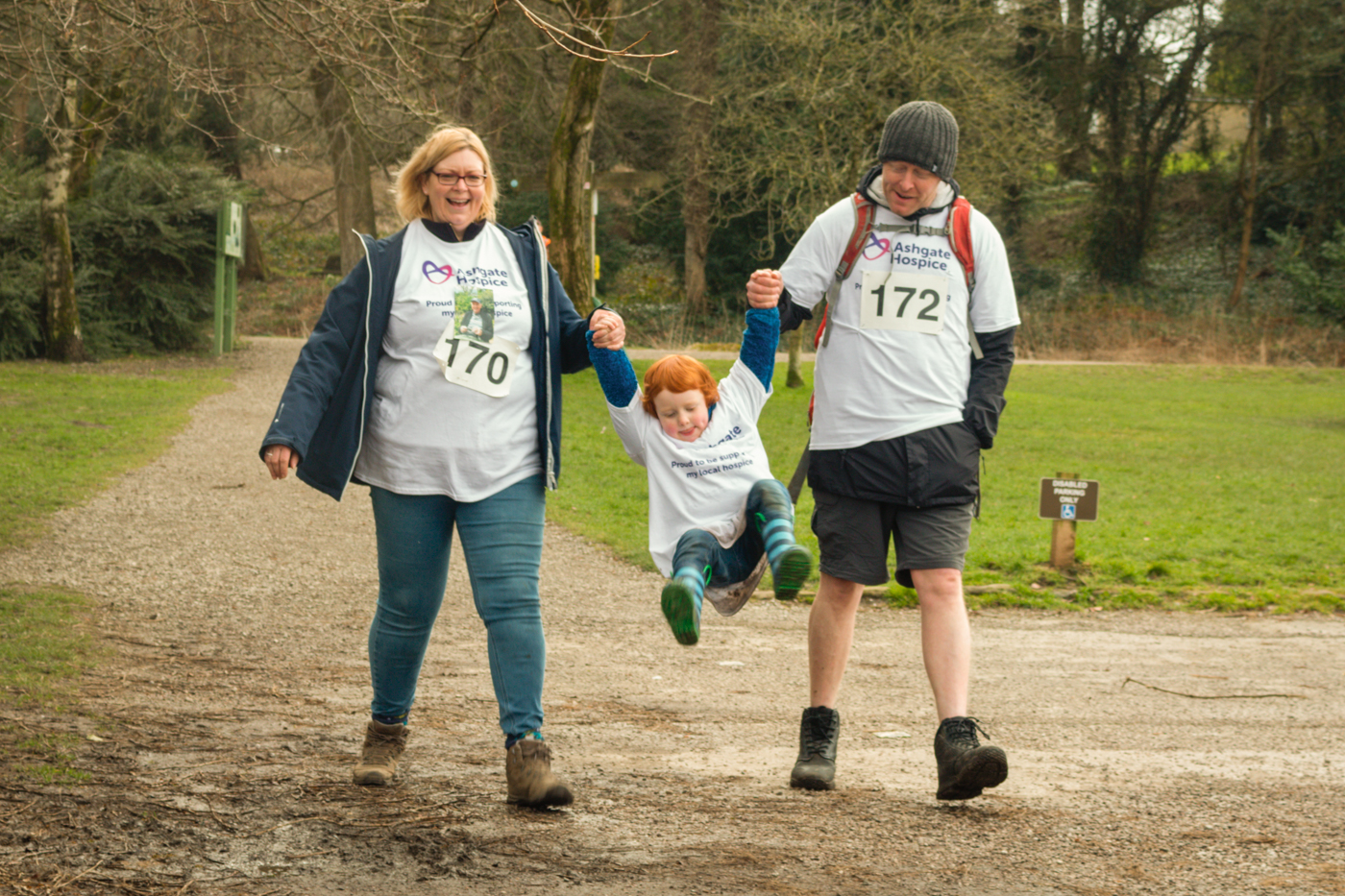 More than 150 dedicated fundraisers embarked on hikes across the stunning Peak District over the weekend to help raise funds for Ashgate Hospice’s vital care.

On Sunday (13th March), ramblers took on three different routes for the return of the charity’s High Peak Trail Walk, sponsored by MVIS – all of which followed the former Cromford and High Peak Railway line.

From a 3.5-mile route for walkers after a leisurely stroll to an 11 or 17-mile walk for dedicated hikers – all participants enjoyed the stunning scenery of the North Derbyshire countryside in all its beauty.

Despite rain in the morning, the sun came out from behind the clouds at intervals throughout the afternoon, as a record total of 160 supporters took part – helping fund the hospice’s vital care for patients and families.

One of the participants signed up was Alice Morley, who was walking in memory of her friend Nicole Goodison’s mum, who died in the hospice’s care.

Speaking after crossing the finish line, she said: “We took part in the 17-mile route of the High Peak Trail in memory of our friend Nicole’s mum and really enjoyed it.

“The weather was nice on the day which kept us going until the end, although I think my legs will be stiff tomorrow! I’d urge anyone thinking about taking part in Ashgate Hospice’s High Peak Trail to just go and do it!”

The event was made possible thanks to the support of a small army of volunteers including Matlock Derwent Valley Lions and 35 young Derbyshire Fire Cadets who gave up their time to help ensure the event ran smoothly. Water was also kindly donated by Buxton.

Anyone interested in taking part in Ashgate’s High Peak Trail Walk in 2023 is encouraged to keep an eye on the charity’s website and social media channels later in the year. 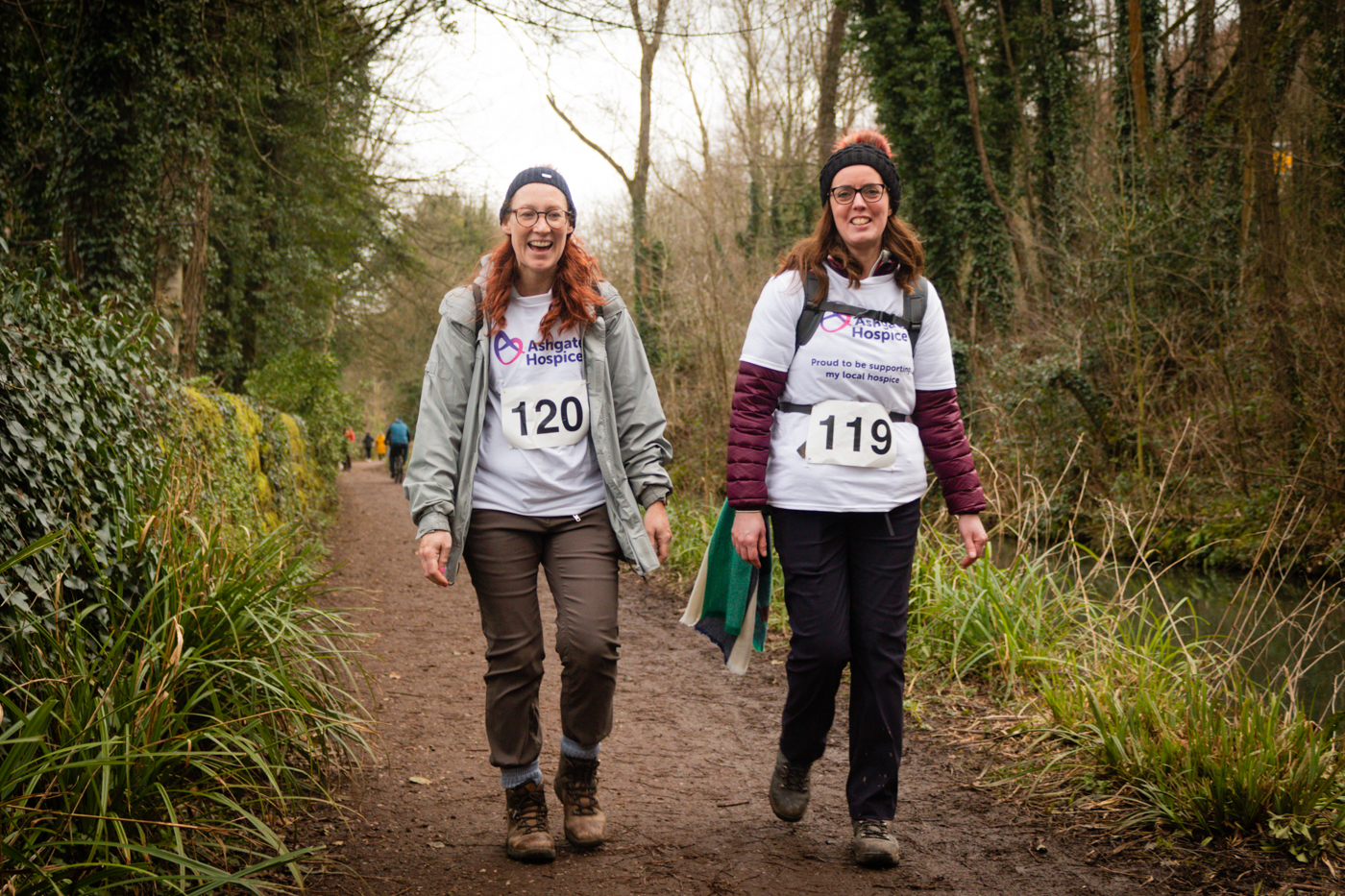 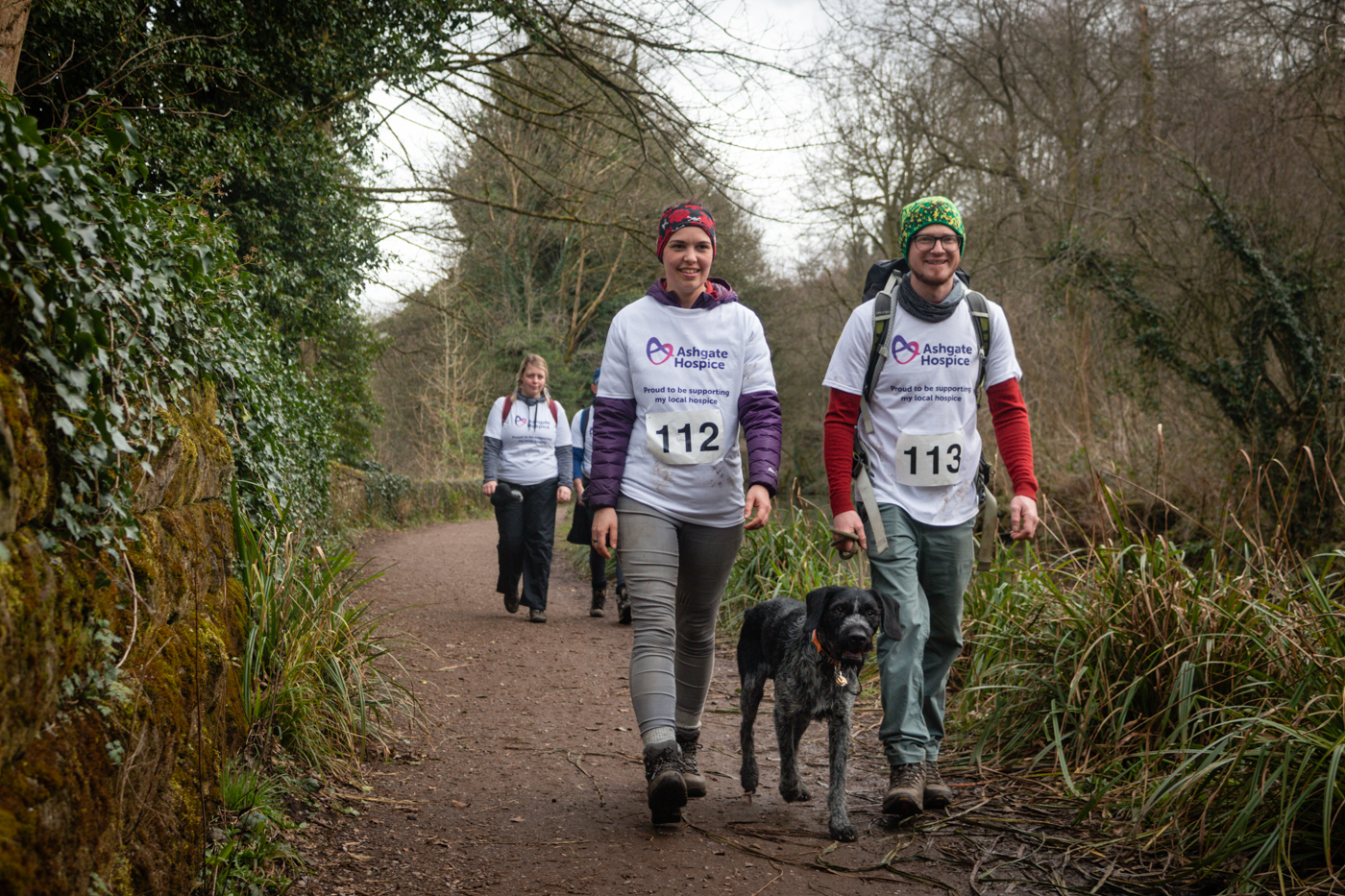 Anne Ashman, Commercial and Operations Director at the event’s sponsors MVIS, was among those taking on the walk on the day.

She said: “We have been working with Ashgate for some time now to help raise funds and it’s great to sponsor such an important event.

“The day itself was a fantastic; well organised and everyone knew where they were supposed to be. I love rising to a physical challenge and it’s even better when I know it’s for charity.”

The off-road linear walk, which was launched last year, is traffic-free and promises to be a fun day out with friends and family.

Carl Jones, Fundraising Manager at Ashgate Hospice, added: “We were delighted to see such an incredible number of our super supporters at our High Peak Trail Walk on Sunday.

“After launching the event last year, we couldn’t wait to bring it back in 2022 – and it was wonderful to see some of the same faces from last year, as well as plenty of new ones too!

“I’m so grateful to each and every one of the 160 participants who came out at the weekend to walk across the Peak District in support of Ashgate. 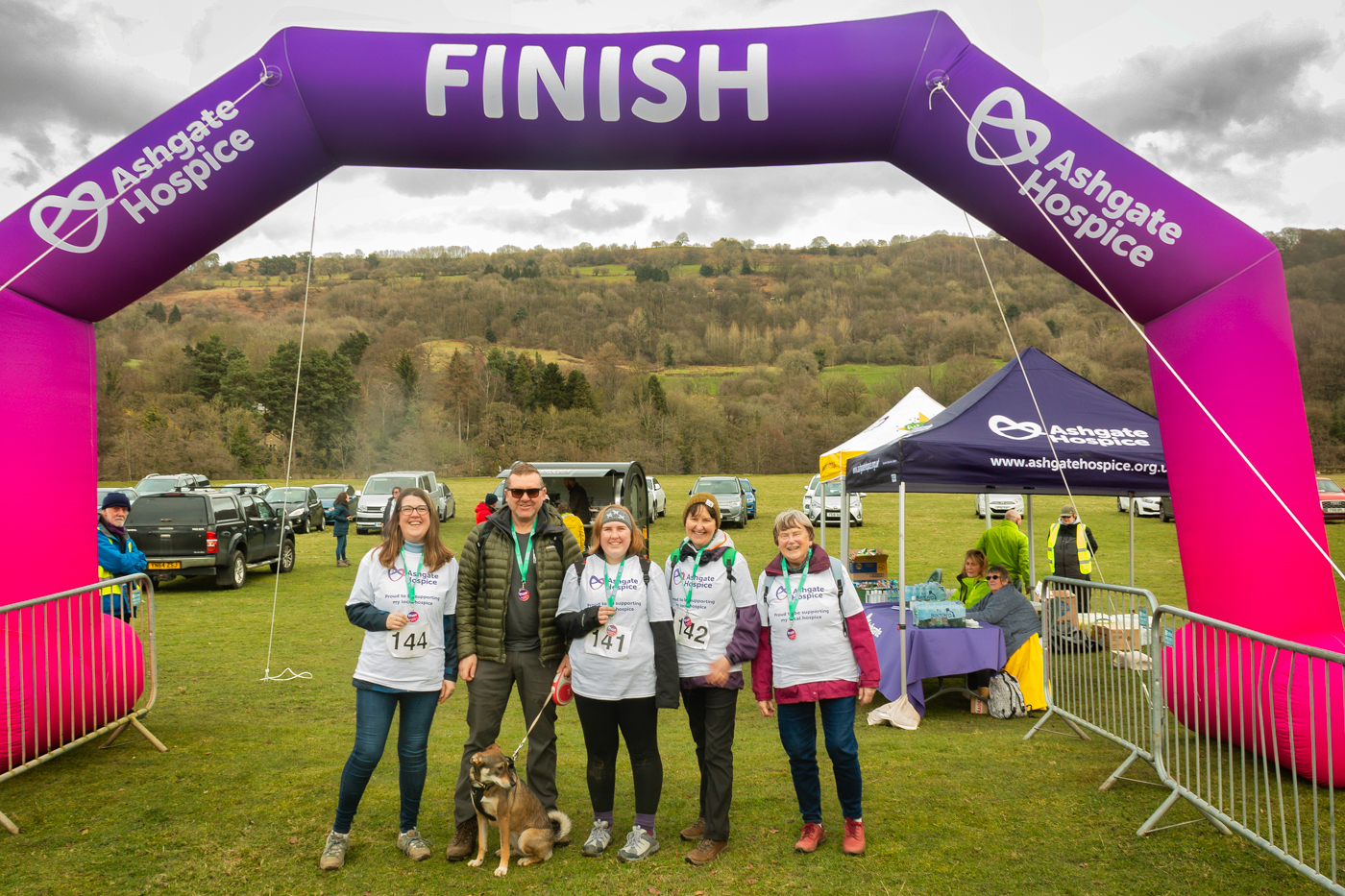 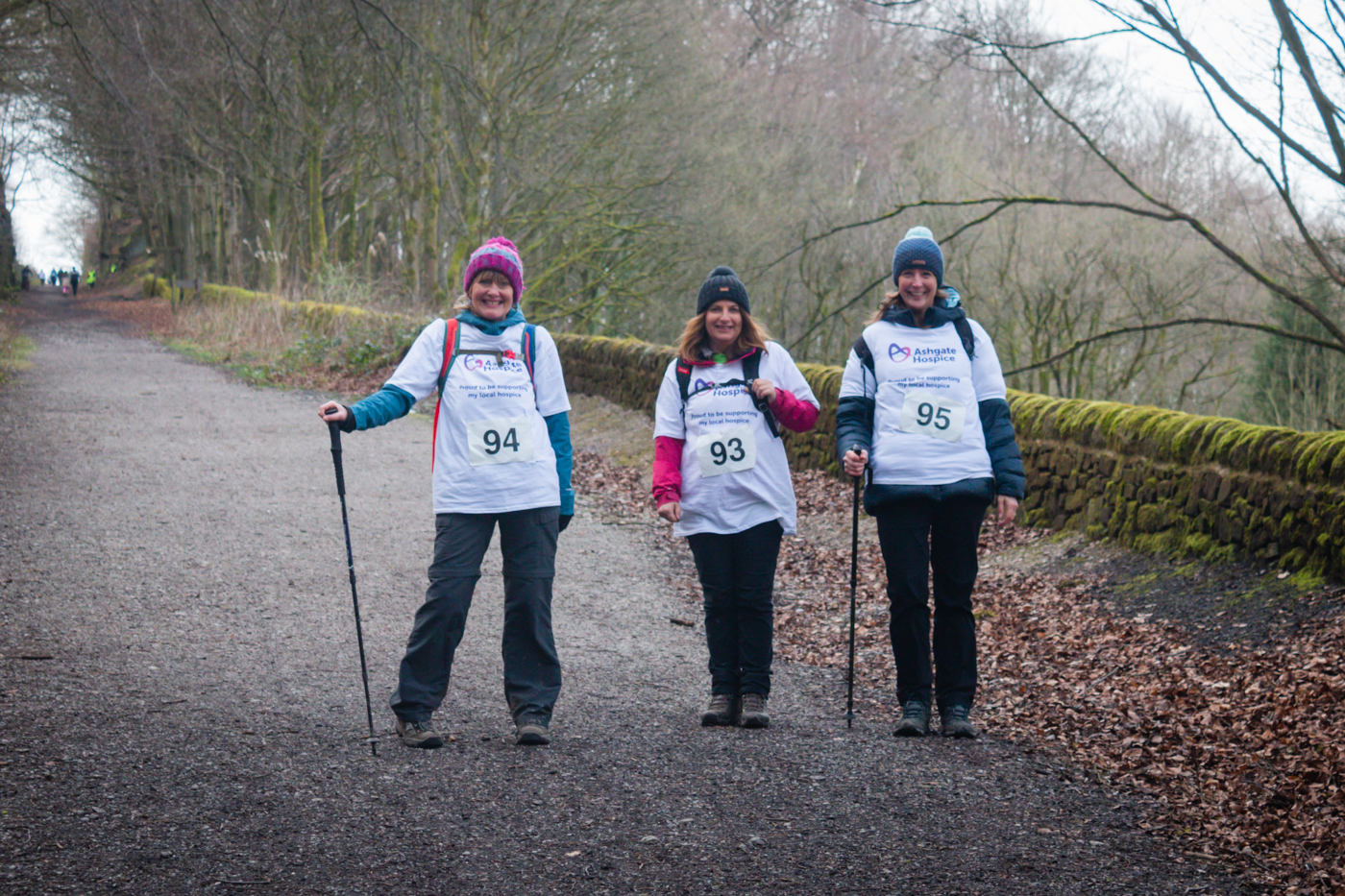 “Thanks to our sponsors MVIS for their support, including their Commercial and Operations Director, Anne, who took part herself on the day!

“We rely on the support of our amazing supporters to help us raise £7 million each year, so we can be there for the patients and families who need our care.

“If you weren’t able to come this year or happen to be reading about our High Peak Trail Walk for the first time – we hope to see you at next year’s event!”

However, there are still lots of ways to support the charity by taking part in one of their upcoming events: