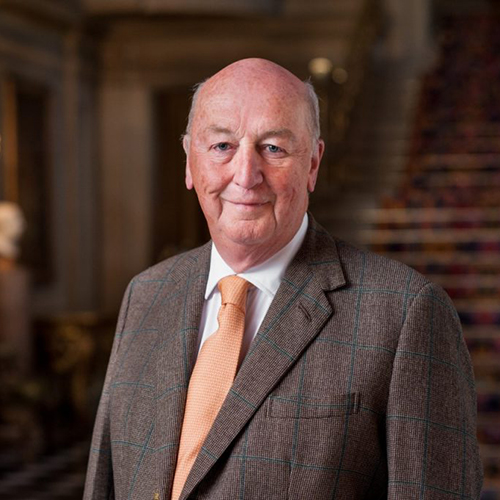 The Duke of Devonshire

“After visiting Ashgate Hospice, I had no hesitation to agree to become the President. The hospice is a truly inspirational place and a wonderful organisation and I am proud to be a part of it. I hope that my professional background and other roles within Derbyshire means that I can make a difference in supporting the outstanding work the staff do 365 days a year.”

The Duke of Devonshire was educated at Eton and Exeter College Oxford, where he received an Honours degree in Modern History. After Oxford, he spent one year studying agriculture. He then went to work in the book publishing industry where he remained until his early thirties.

Since then, he has largely been assisting in the management of the family estates Chatsworth in Derbyshire, Eastbourne in Sussex, Lismore in Ireland, and Bolton Abbey in North Yorkshire. The Duke was made a Commander of the British Empire (CBE) for ‘services to racing’ in 1997. The Duke was knighted in the New Year’s Honours list in 2009, being awarded a KCVO (Knight Commander of the Royal Victorian Order) for his services to the Crown. He is Deputy Chairman of Sotheby’s, an Honorary Trustee of the Storm King Art Centre (USA).

As well as being our president, the Duke has many roles within Derbyshire, including President of Derbyshire Association for the Disabled, patron of Sight Support Derbyshire, patron of the Derby Museums Trust and President of the Arkwright Society. In April 2016, the Duke was made an Honorary Fellow of the Royal Academy.